Messi, who plays for PSG, has surpassed the former Selangor player with 90 goals. 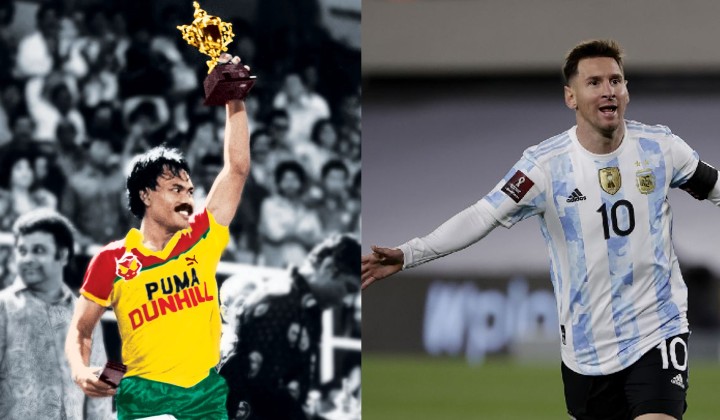 The renowned Argentine player, Lionel Messi, has overtaken the legendary national footballer, Allahyarham Mokhtar Dahari, on the list of players who have scored goals for the most national teams internationally.

The latest position shows that Messi who is now playing with Paris Saint-Germaine FC (PSG) has surpassed the number of goals scored by the former Selangor player, with 90 goals.

Given that they are both still active on the football field, it is anticipated that the two international players will continue to score goals, especially during the 2022 World Cup.

Previously, Super Mokh held the third spot for about 40 years from about 1972 to 1985, while the player was active.

Mokhtar Dahari passed away at the age of 37 in July 1991 as a result of motor neuron disease (MND).

Mokhtar, who played for Selangor, scored 177 goals in 375 games during his prime.

During the game between Selangor and Boca Juniors Club, he also played with the legendary Argentinian player Diego Maradona.