Caretaker foreign minister Datuk Seri Saifuddin Abdullah of Bersatu slams Ismail Sabri for trying to pin the blame on PN for his action in dissolving the Parliament ahead of schedule. 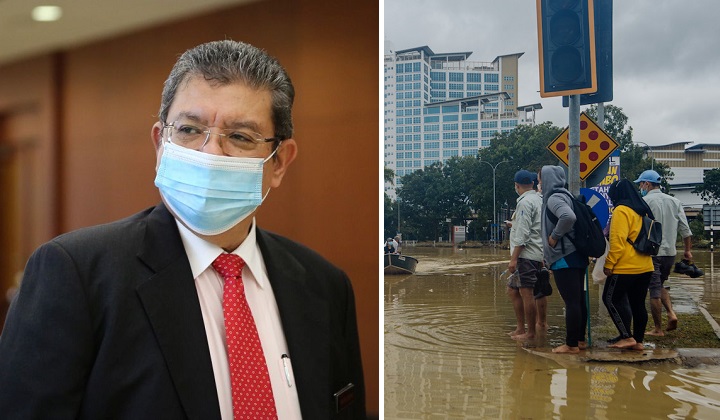 Caretaker Prime Minister Datuk Seri Ismail Sabri Yaakob has been urged not to shift the blame on Perikatan Nasional (PN) for his action in dissolving the Parliament.

According to caretaker foreign minister Datuk Seri Saifuddin Abdullah, the PN ministers are only voicing the concern of the rakyat – for the government not to hold the election during monsoon season – when they wrote their letters to the Yang di-Pertuan Agong.

“During this time, the people want the government to focus entirely on economic recovery measures, control the increase in the price of goods and provide job opportunities.

“PN will continue to prioritise the people’s interests, especially in this challenging period. This is among the reason why PN chairman Tan Sri Muhyiddin Yassin launched the Prihatin Nasional Squad during the Pahang Perikatan Nasional election machinery event recently to deal with flood disasters,” Saifuddin, who is also Pahang Bersatu chief wrote in his Facebook today.

The Indera Mahkota MP added that it was well known that Ismail was pushed to dissolve the 14th Parliament of Malaysia earlier by UMNO President Datuk Seri Zahid Hamidi.

“Therefore, the prime minister should not divert the people’s attention from the problem that he faced,” added Saifuddin.

Ismail Sabri had yesterday said that 12 PN ministers had undermined his position by sending letters directly to the King.

He said that the dissolution of the parliament was necessary to prevent disharmony within the government administration ranks.