The policeman took money out from the man’s wallet when he was dissatisfied with the low bribe. 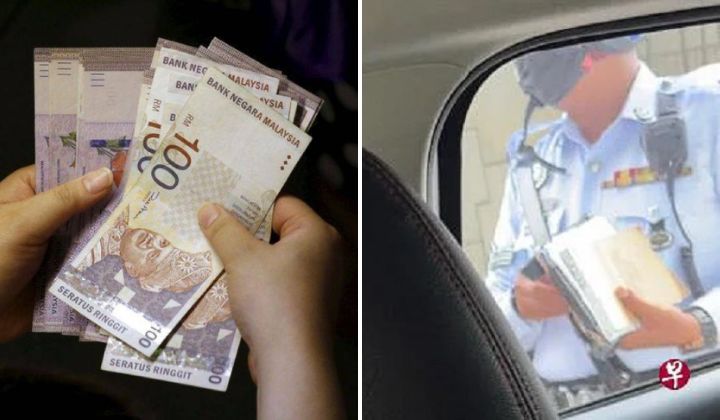 A traffic police in Johor Bahru allegedly demanded a bribe from a Singaporean husband and wife. The incident was first reported in the Chinese daily, Shin Min, and the ordeal reportedly left the couple traumatised.

The couple was about to make their way home to Singapore on Thursday, 29 September, when the traffic police stopped them near the checkpoint around 4pm.

The 39-year-old woman, Cao, said they thought it was a routine inspection. After the police checked her husband’s driver’s license and passport, they were asked if they visited Malaysia often and whether they were familiar with the road.

Her husband said they still relied on the GPS to get around in Malaysia. The police then told them they ran two red lights at an intersection and instructed them to follow him to the police station.

After driving for about 500m, they were made to stop under a quiet flyover and the police motioned for Cao’s husband to exit the car.

Unsatisfied with the low amount, the police officer then took Cao’s husband’s wallet, took out two S$50 (RM324) notes, placed the money in his record book, and walked away.

Cao and her husband said the incident scared them, and they dared not visit Malaysia anymore.

According to New Straits Times, Johor police chief Datuk Kamarul Zaman Mamat said the policeman in question had been identified, and action has been taken against him.

Police will not compromise or condone such an act by any policeman. This is a very serious matter which affects the integrity of the force.

Kamarul Zaman said the policeman had been confined to desk duties while investigations were carried out.

He explained the move was to minimise his interaction with the public and the case has been referred to the disciplinary board.

If investigations prove that the cop has committed the offence, he may be terminated from the force.

Kamarul Zaman added that the couple should come forward to assist the police in investigations.