Istana Negara revealed that yesterday’s meeting between the King and the prime minister was a routine pre-Cabinet meeting. 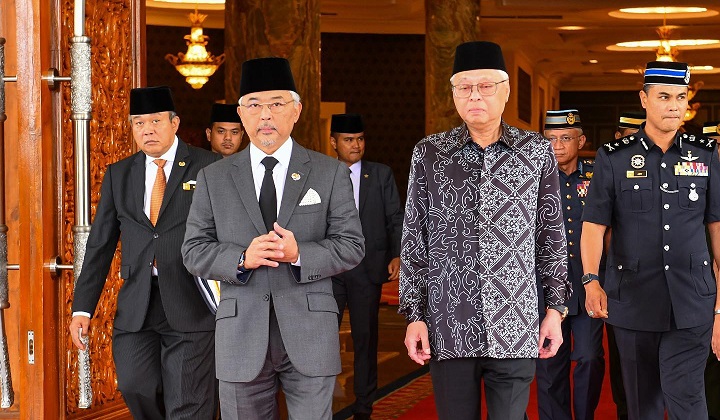 There is no indication that Prime Minister Datuk Seri Ismail Sabri Yaakob had requested consent from the Yang di-Pertuan Agong to dissolve the Parliament during a meeting with the King yesterday.

According to reports, Communications and Multimedia Minister Tan Sri Annuar Musa said that the Friday weekly Cabinet meeting will take place as usual, while Dewan Rakyat Speaker Tan Sri Azhar Azizan Harun confirmed that the Budget 2023 will be tabled at 4pm today.

The Ketereh MP said that even if the Parliament were to be dissolved, the current government would continue to function as a caretaker government.

“We have to take care of so many things, including inflation, because inflation, prices, and supplies are daily matters. The government will continue to shoulder this responsibility,” the minister was quoted as saying by The Star, adding that the Special Task Force on Jihad Against Inflation that he leads would also continue its duties.

Regarding the dissolution of Parliament, Annuar said that the matter is not straightforward as it used to be as the current government was made up of several coalitions including Barisan Nasional (BN), Perkatan Nasional (PN) and also Gabungan Parti Sarawak (GPS).

“The procedure is not the same as in previous years. The decision used to be absolute when Barisan made a call because the coalition chairman and prime minister were the same person and there was one coalition.

“The situation is a little bit different now. Please give the Prime Minister some space,” he added.

Yesterday, the prime minister had an audience with the Yang di-Pertuan Agong at the Istana Negara for about an hour.

According to Istana Negara, the meeting between the two leaders was a routine pre-Cabinet meeting where His majesty discussed and exchanged views with the prime minister on matters and issues related to the government.