The Health Ministry has categorised nicotine as non-poisons so those who want to quit smoking can use nicotine patches or gums to manage withdrawal symptoms. 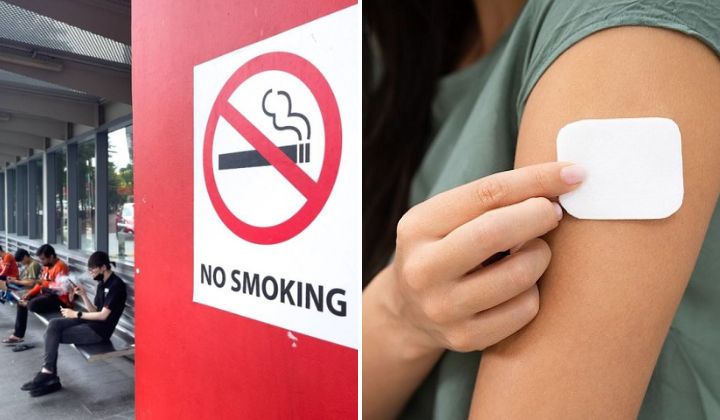 In order to make it easier for people to stop smoking, the Health Ministry has taken steps to categorise nicotine replacement products as non-poisons so that people can gain better access to them.

According to Health Minister Khairy Jamaluddin, this move was done by granting an exemption to nicotine under the Poisons Act 1952 for products in the form of patches or gum registered under the Control of Drugs and Cosmetics Regulations 1984.

The exemption comes into force starting on 6 October, in accordance with the gazettement of the Poisons (Amendment of Poisons List) Order 2022 on 5 October 2022.

In other words, nicotine patches or gums, which are used as aids to quit smoking, will be easier to purchase through over-the-counter, including at retail or convenience stores.

The practice of using nicotine patches or gums to manage smoking withdrawal symptoms has been implemented in many countries such as the United States, the United Kingdom, Canada and Australia.

Using nicotine patches or gums is found to have fewer harmful effects than smoking. Hopefully, this exemption will motivate and help those who intend to gradually quit smoking.

The exemption lifted for nicotine is part of the Ministry’s efforts and plans under the Tobacco and Smoking Control Bill 2022 aka the tobacco generational endgame (GEG) law.

The Ministry has presented the Bill to regulate the cigarette industry and smoking activities for the public’s benefit.

Additionally, the Ministry is actively implementing various programmes to create a smoke-free society such as the Quit Smoking Clinic which is available at health clinics nationwide.

Currently, there are two methods to stop smoking as outlined in the Clinical Practice Guidelines (CPG): Treatment for Tobacco Use Disorder:

To make it easier for people to quit smoking, nicotine patches and gum can now be sold over-the-counter in Malaysia. #GEG https://t.co/BTbiH4VWkZ

The Generational End Game (GEG) law has faced opposition from several groups, including from the medical and law community.

Some find that the rush to push the law might inadvertently harm or infringe on the rights of the rakyat.

READ MORE: Rushing To Enact GEG Could Have Negative Outcomes

READ MORE: Why Over 700,000 Malaysians Are Against The GEG