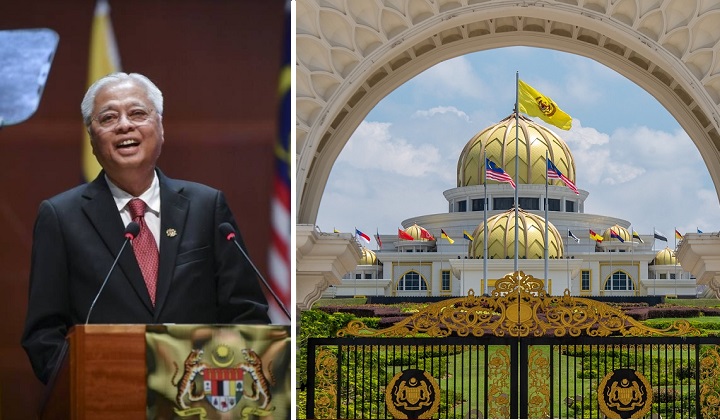 According to Awani, the prime minister was seen entering the Istana Negara compound at 3.48pm.

The Bera MP also waved to about 100 local and international pressmen who were waiting at Istana Negara’s main entrance today from his car before entering the Palace.

Speculation is rife that the prime minister, who is also one of UMNO’s vice-presidents, is seeking to advise Yang di-Pertuan Agong to dissolve the Parliament to pave the way for an early general election.

Last Friday, UMNO supreme council agreed for Ismail to present a few potential dates to dissolve Parliament by this year to the Yang di-Pertuan Agong.

The current Parliament term will only expire on 6 July 2023.

In accordance with the Constitution, GE15 must be held by mid-September next year at the latest.

Meeting last less than an hour

Meanwhile, the prime minister’s audience with the King today lasted less than an hour.

Ismail was seen leaving the Istana Negara at about 4.45pm today.

It however remains unclear what has transpired during the meeting between the two leaders.