The law, passed by both upper and lower houses of Parliament on 28 July and 8 August respectively, had received Royal Assent from the Yang di-Pertuan Agong on 31 August and was gazetted on 6 September. 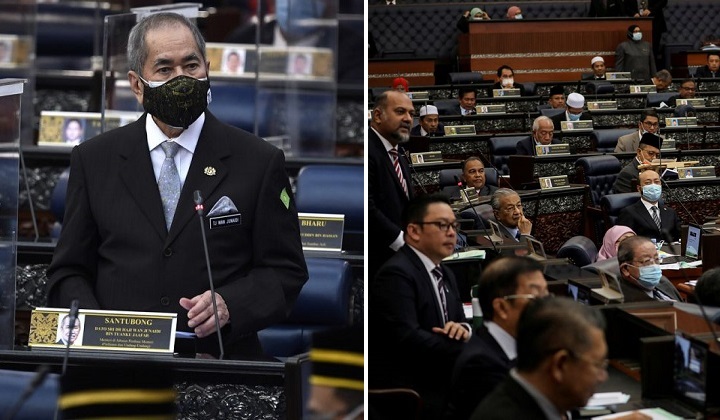 “The law will be enforced against any MP who switches parties from this date onwards,” de-facto law minister Datuk Seri Wan Junaidi Tuanku Jaafar was quoted as saying by The Star.

Wan Junaidi added that Prime Minister Datuk Seri Ismail Sabri Yaakob would also ask the state governments in Malaysia to adopt the law as part of their own state constitutions.

“This will allow anti-hopping laws to be used against state assemblymen who switch parties,” he added.

He said that while Sabah, Sarawak, Kelantan and Penang already have their own anti-hopping laws, the Federal Government wanted the nation to have uniform laws on the matter.

Following the enforcement of the anti-hopping law, Wan Junaidi said Prime Minister Datuk Seri Ismail Sabri Yaakob would now write to the state governments to adopt the law as part of their own state constitutions.

The anti-hoping law which was previously passed by Dewan Rakyat and Dewan Negara on 28 July and 8 August respectively, was given royal assent from the King on 31 August and subsequently gazetted on 6 September, but the date of its enforcement was not given until yesterday.

Party-hopping was the reason that contributed to the fall of the Pakatan Harapan Federal Government in 2020, after a host of PKR reps left the party to join Parti Pribumi Bersatu Malaysia (Bersatu) under the leadership of Tan Sri Muhyiddin Yassin.