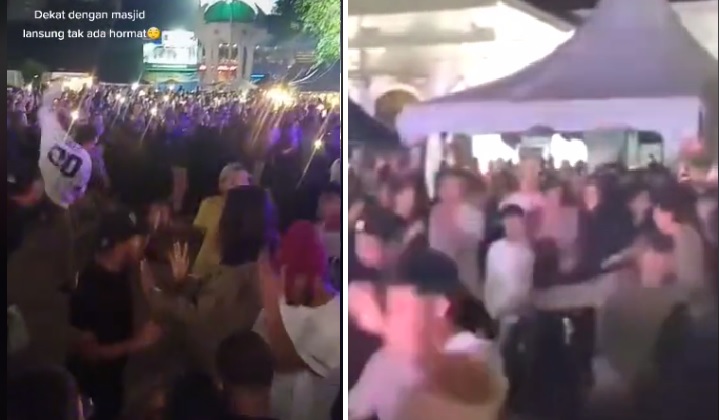 Barring all future events in Kedah would further limit the local vendors’ source of income, lamented a trader that was part of last weekend’s Muda Mudi Weekend Festival held at the Balai Seni Alor Setar, Kedah.

Taking it to Twitter, the vendor sarcastically thanked those claiming that the festival’s concert was not stopped during the Maghrib prayer and that the crowd abused drugs at the festival.

“Thank you! Because of you guys, all events in Kedah had been cancelled,” tweeted @Topanesta.

Without naming anyone, he said that event was politicised by certain quarters to promote their political agenda.

The Twitter user also said that those who made the claim must be satisfied that vendors who usually participate in local events can no longer do that in Kedah after this.

He went on to say that such festivals not only create business opportunities for the youth but various healthy activities were held during the event, pointing toward the Merdeka-themed poetry recital during the first night of the event.

While the Twitter user did not specifically mention any cancelled events, it was believed that he was referring to Kedah Menteri Besar Datuk Seri Muhammad Sanusi Md Nor’s statement that concerts can lead to unruly behaviour will not be allowed to be held in the state again in future.

The statement, posted on his Facebook, came about after the circulation of several videos of a concert held during the Muda Mudi Weekend Festival showing the crowd dancing, jumping and moshing as the band were performing on the stage.

Sanusi said that the crowd’s unruly behaviour during last weekend’s festival would be the benchmark for the matter.

“Yesterday’s incident is a benchmark that any activity that can lead to overstepping local community norms will not be given space to breed.

“We encourage the organisation of events that are healthy for the body such as fun runs, fun rides, treasure hunts, fishing competitions and other competitions that comply with existing laws and guidelines of open events and local community etiquette,” he said.

Sanusi also said that all district officers who chair committees related to entertainment licensing had been informed of the State Government decision which was effective immediately.