While the Parliamentary Speaker said he could attend if they allowed it, the department cited “security reasons” as a basis for the rejection. 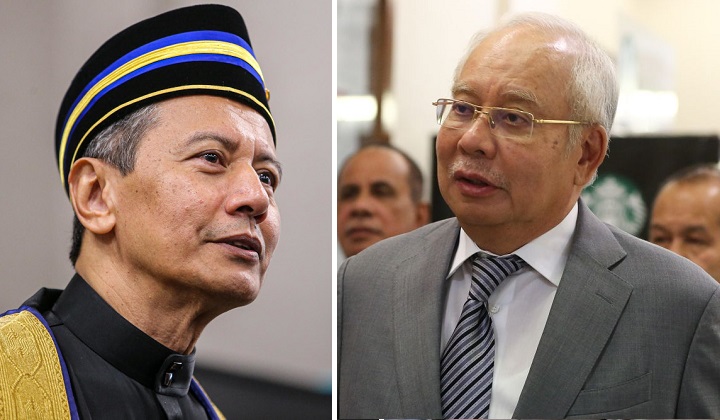 According to Free Malaysia Today, the prisons department cited security reasons behind its decision.

Earlier today, the Dewan Rakyat Speaker Tan Sri Azhar Azizan Harun said that he has no say on whether the Pekan MP can attend the Parliament’s sitting as the matter is under the Prison Department’s purview.

Azhar, better known as Art Harun, also said that the former premier does not need his permission to attend the sitting.

“The question is whether he can attend, it is not in my power (to determine) that because he is not under my custody.”

“Who has his custody? The prison has his custody, so it is up to the Prisons Department to let him out of their custody,” Azhar was quoted as saying by The Star.

He was replying to a question by Mohamed Hanipa Maidin (PH-Sepang), who had asked if Najib could attend the Dewan Rakyat sitting.

The Parti Amanah Negara (Amanah) lawmaker said that Najib should be allowed to attend the Dewan Rakyat third meeting of the year, which begins today, as he is still the Pekan MP, despite having to serve a 12-year jail sentence since 23 August.

“If he is still an MP, I propose that he should be allowed to come to Parliament but on condition that he must be handcuffed, but he could dress the same way as us,” said Hanipa.

“We and the whole world want to see how a handcuffed MP comes to Parliament.”

Najib, the first former prime minister to serve time behind bars, was sent to prison for 12 years after he was found guilty of misappropriating RM42 million belonging to SRC International Sdn Bhd, a former subsidiary of 1Malaysia Development Berhad (1MDB). He was also fined RM210 million.

Despite his incarceration, the former UMNO president retains his Pekan MP status after applying for a royal pardon and a judicial review of the Federal Court’s decision to reaffirm his prison sentence and fine.

Azhar said that Najib, who has been the Pekan MP since 1976, will retain his status until his petition for a pardon is disposed of.

READ MORE: Najib To Stay As Pekan MP After Filing For Royal Pardon