A group of 40 tourists including three children fell sick after swimming in the sea and several of them got hospitalised. 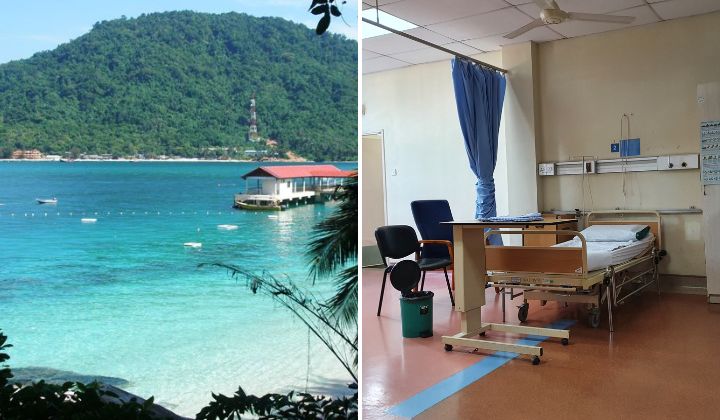 A group of 40 tourists comprising 27 adults, seven children and six infants allegedly fell ill after swimming in the waters off Pulau Perhentian Kecil on Friday, 30 September.

The group was on a three-day holiday on the island in Besut, Negeri Sembilan. Upon returning from Pulau Perhentian Kecil, they suffered dizziness, vomiting and fever.

According to The Star, an individual from the group claimed that half of the party had diarrhoea and fever.

Some of them are hospitalised while a one-year-old infant was diagnosed with typhoid and two small children suffered blood poisoning.

Hasan Yahaya, one of the group members, told Free Malaysia Today that some of them already felt unwell during the holiday but chalked it up to heatstroke or seasickness.

Hasan wondered whether it was due to the toxic waste leaching into the sea waters. He added that the matter had been reported to the resort management, the Kuala Besut Health Department and the Health Ministry.

Authorities are investigating the matter

The Tourism, Arts and Culture Ministry (MOTAC) contacted the Terengganu Tourism Department to get a clearer picture and start an investigation into the matter.

The Ministry said the matter is taken seriously as it involves the health and safety of tourists, and such incidents should be dealt with thoroughly to help rejuvenate the country’s tourism.