The group is waiting for a decision from the Home Minister regarding their application to be a registered party. 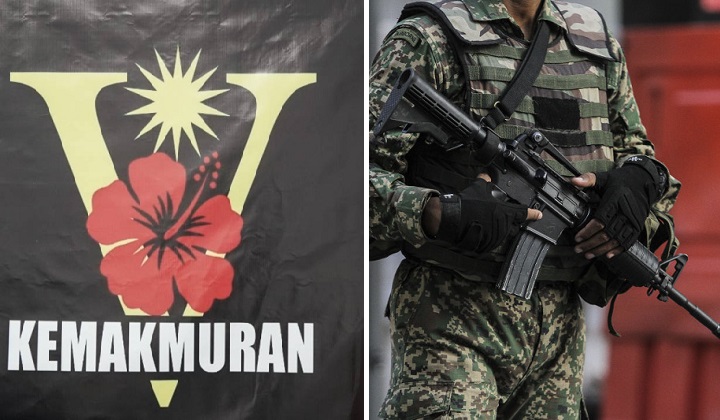 Disappointed with how the country has turned up following the end of the communist insurgency in 1989, war veterans took it upon themselves to ‘repair’ the country and foster the relationship between Malaysians from all walks of life.

For a start, the group had formed Parti Kemakmuran Negara and submitted their application on 9 March last year but it was rejected by the Registrar of Societies (ROS), under the purview of the Home Minister.

Unperturbed by the rejection, the group appealed the decision and even took their case to court.

Last Wednesday, the High Court ruled that the minister must decide on the veterans’ appeal within 14 days from 21 September.

According to the group’s proposed pro-tem president, retired Brigadier General Datuk Abdullah Mohamed, race-based parties like UMNO and Parti Pribumi Bersatu Malaysia (Bersatu) do not represent his men, which made up of Malaysians from various races and ethnicities.

He added that during the communist insurgents between 1968 and 1989, Malaysian soldiers of all backgrounds stood tall side by side to defend the country.

“My wingmen throughout the years have been Malay, Indian, Dayak, Chinese; and I trusted them with my life,” Abdullah, who was a fighter pilot in the Royal Malaysian Air Force, told Malay Mail in an interview.

Abdullah also added that while the party consisted mostly of older members, the group possesses valuable skill-sets and experience that would add value to the government, including in the field of medicine, logistics and technology.

Parti Kemakmuran Negara also appeared to have identified which party to partner with should its registration be approved by ROS.

“We’ve got those skills with us, and we would go hand-in-hand with youth-based parties like Malaysian United Democratic Alliance (MUDA), where we can offer our leadership and knowledge on matters like national security and planning,” he said.

Abdullah said that while the party had held talks with MUDA and its president Syed Saddiq Syed Abdul Rahman, all negotiations are pending the home minister’s decision on the party’s registration.