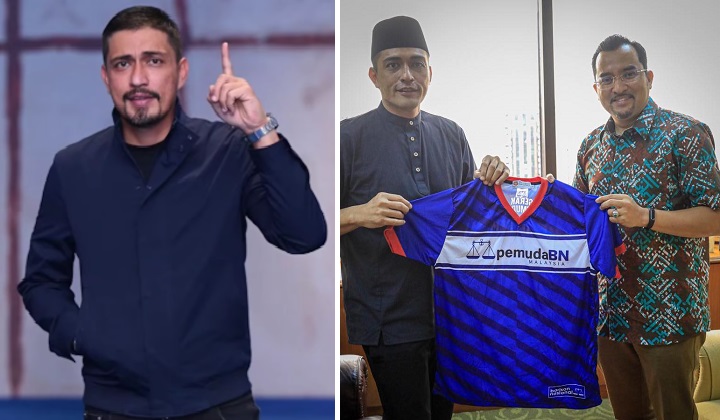 According to UMNO and BN Youth chief Datuk Dr Asyraf Wajdi Dusuki, Adi was announced as the Selangor BN Youth icon during the launching of its machinery recently.

“It’s an honour to have a great warrior by our side. My old friend, actor Datuk Adi Putra who is famous for playing Mat Kilau the freedom fighter is a loyal Umno member and will help Umno and BN recapture Selangor in GE15.

“We recently had a good discussion on our plans and strategies in the coming election, and the importance of patriotism as displayed by Mat Kilau will be an important element,” Asyraf was quoted as saying by New Straits Times.

He shared two pictures of a meeting with the famous actor on his Facebook.

According to Asyraf, Adi Putra, who became a Malaysian citizen five years ago, had joined Umno and had helped the party and BN coalition during the 14th General Election.

Selangor is undeniably a PH stronghold after the coalition had managed to capture the state from BN in the 12th General Election.

The coalition had also recorded a landslide victory in Selangor in GE14, winning 51 out of 56 seats offered in the Selangor legislative assembly. BN meanwhile only manage to win four seats while PAS won the remaining one seat.

However, if a recent study were to be believed, PH may face trouble to retain Selangor in the next general election due to the waning support from the Malays, which made up the majority of the electorate in the country.

READ MORE: BN Leading Is The Race In Peninsula According To Research, PH Might Face Problem Retaining Selangor