Datuk Seri Ahmad Zahid Hamidi walks free after the prosecution failed to prove a prima facie case against him. 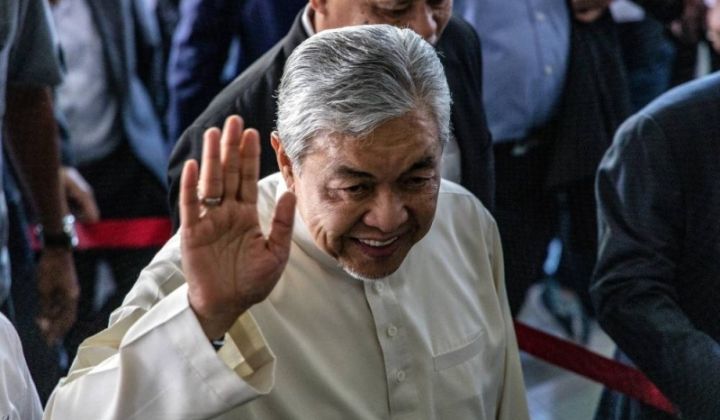 Ahmad Zahid Hamidi has been acquitted of 40 charges of receiving bribes from a company to extend its foreign visa system (VLN) contract today.

According to Free Malaysia Today, High Court judge Yazid Mustafa ruled that the prosecution failed to establish a prima facie case against the UMNO president.

Zahid has been accused of 33 counts of receiving bribes amounting to S$13.56 million (RM 42 million) from Ultra Kirana Sdn Bhd (UKSB) as the then home minister to extend the firm’s contract as the operator of a one-stop centre in China, as well as to maintain a contract for the supply of the VLN integrated system.

He was also charged with seven other counts of obtaining for himself S$1.15 million, RM 3 million, 15,000 Swiss francs and US$15,000 from the same company in connection with his official work.

He allegedly committed the offences at Seri Satria in Precinct 16, Putrajaya, and at Country Heights in Kajang between October 2014 and March 2018.

The Malay Mail reported that the public gallery immediately erupted with cries of “Alhamdullilah” when the judge made the no prima facie ruling.

While Zahid is acquitted of these charges today, he still faces 35 charges in the Kuala Lumpur High Court for money laundering and criminal breach of trust involving millions from Yayasan Akalbudi and for accepting bribes for various projects during his term as the home minister.