The lorry driver in Penang saw the prosthetic leg fall off and stopped the vehicle to help a stranger. 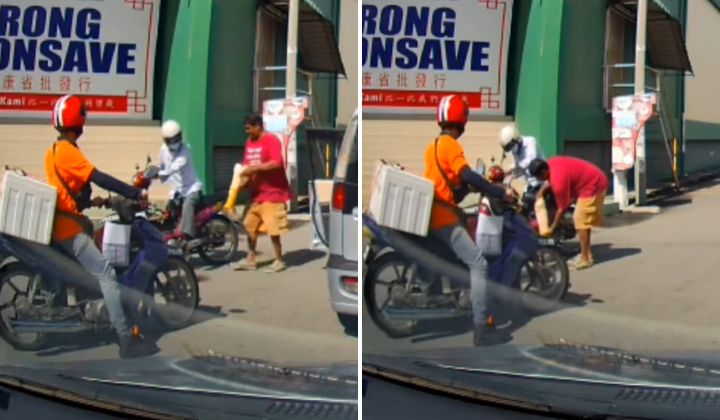 A little care and kindness in the world can brighten up everyone’s day and we don’t need to look far for good examples. A selfless Malaysian lorry driver’s recent actions further prove the fact.

A viral dashcam video dated 21 September 2022 showed a kind lorry driver who stopped to help a motorcyclist who lost his prosthetic leg.

The interaction is believed to have taken place right outside Econsave Raja Uda in Butterworth, Penang.

The motorcyclist’s prosthetic leg fell when he rode around the corner of the street. The lorry driver in a red shirt saw what happened from across the road and decided to jump down to help.

The lorry driver quickly strode over to pick up the prosthetic leg and helped attach it to the motorcyclist’s leg before getting back into the lorry.

Other than thanking the lorry driver for helping the motorcyclist, they said the touching video made their day.

They also praised the lorry driver for his exemplary and gentlemanly behaviour.

Some netizens were also appreciative that all the motorists on the road didn’t start honking and waited patiently.