Voters in 67 out of 165 parliamentary constituencies in the Peninsula are leaning towards BN, according to research done by Vodus Research. 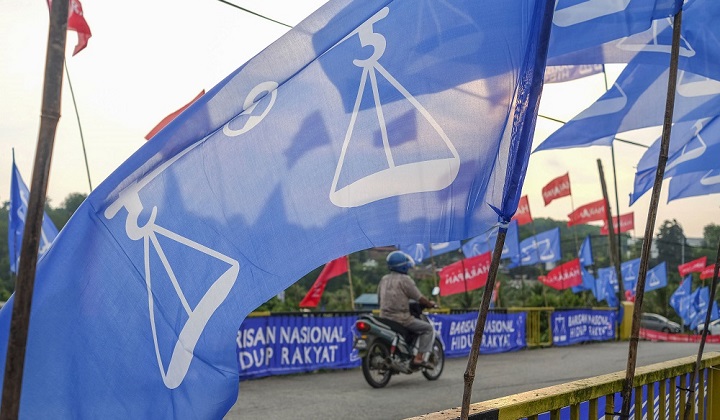 The voters are leaning towards Barisan Nasional (BN) in 67 seats out of the 165 parliamentary seats available in the Peninsula Malaysia, while Pakatan Harapan (PH) supports is on the wane in Selangor if a recent poll were to be believed.

According to Vodus Research, which polled 74,582 Malaysian voters nationwide between 21 July to 21 August 2022 on the likelihood of political parties that they would vote in the 15th general election (GE15), finds that BN popularity in Selangor, arguably PH stronghold, has been increasing.

The research firm says that based on the data, Selangor is set to be the key battleground between BN and PH for the race to conquer Putrajaya.

“Both BN and PH are currently tied with seven parliamentary constituency seats each, while five of the constituencies are still not aligned,” the research firm said in an article published on its website.

BN had only won two out of 22 parliamentary seats in Selangor in GE14, Sabak Bernam and Tanjong Karang while the rest was swept away by PH.

Despite that, Vodus Research said that PH will most likely face a huge challenge to retain Selangor in the next general election.

“Selangor is expected to be a key battleground in GE15, whereby observers will be keeping a watchful eye to see if PH will continue to lead the Selangor state government for another five years or end their 14 years reign that began in 2008.”

The poll’s results also show that BN is leading in the majority of parliamentary seats in four states – Johor (20 out of 26 seats), Perak (12 out of 24 seats), Negeri Sembilan (five out of eight seats) and Pahang (seven out of 14 seats).

For Pakatan Harapan, while it only has a minor lead in Kedah (five out 15 seats) and Melaka (two out of six seats), the opposition front remains popular in Penang and Federal Territories (Kuala Lumpur and Putrajaya), having a considerable lead in eight out of 13 seats offered in the northern state and seven out of the total 12 seats available in the FT.

You can read the rest of the poll data here.