Currently, many stalking cases get thrown out by the court because elements in the actions can’t be matched to the wording of the law. 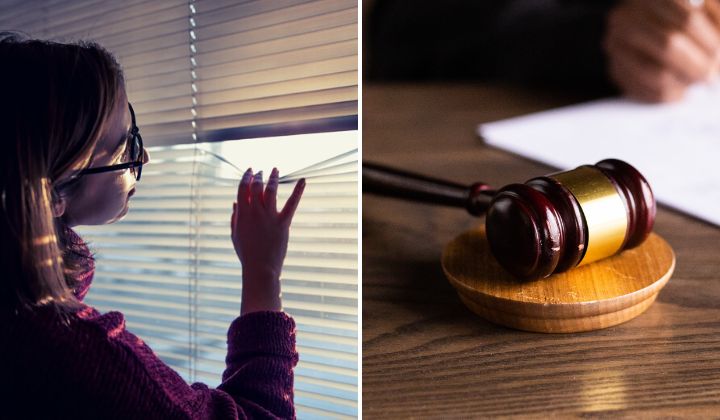 The act of physically or virtually stalking someone is set to be criminalised for the first time in December.

According to Malay Mail, this comes as Putrajaya seeks to have the Anti-Stalking Bill passed in both Houses during the upcoming Parliament session in October.

Deputy Minister in the Prime Minister’s Department (Parliament and Law) Mas Ermieyati Samsudin said the Bill would criminalise the act of stalking on at least two occasions with a conviction punishable by up to three years imprisonment and a fine.

If both Houses of Parliament (lower and upper Houses) pass the Bill in October, Mas Ermieyati said the Bill is likely able to come into effect in December.

What does the Bill entail?

The law is taking into effect after the government introduced amendments to the Penal Code (Act 574), which addresses issues such as criminal intimidation, insult and annoyance.

The introduction of Section 507A to the said law would make stalking an offence.

Mas Ermieyati said the Bill is not gender-specific and urged men to come forward with their experiences of being harassed and stalked.

So far, I have never heard of men’s experience (of being stalked), but I do not rule out the possibility that they can be victims as well because the crime of spying and stalking does not take into account the gender or background of an individual. Therefore, I hope men are not ashamed to share their stories. This is the best time for us to champion the plight of stalking victims who are faced with such a difficult situation

The law would be worded in a manner that would allow room for investigating officers and the prosecution team to match the elements of proof as criminal offences.

However, the amendments do not stipulate a fine amount and would be left to the court’s discretion.

The Bill also introduced criminal liability based on probability, worded as “likely to cause, distress, fear or alarm.”

The descriptions of harassment are broadened to include “communicating or attempting to communicate with a person in any manner or by any means.”

Under the Bill, the victim could also request a protection order from the court.

Improvements still need to be made

At the moment, it’s difficult to open an investigation and many stalking cases get thrown out by the court because elements in the actions couldn’t be matched to the wording of the law.

Association of Women Lawyers (AWL) committee member Meera Samanther said the organisation gladly welcomes the Bill but pointed out a number of key issues that are missing.

She said the list of acts of stalking should be non-exhaustive and not limited to certain acts. The Bill, she believes, should include acts like doxxing, interfering, destroying or damaging property, spying and cyberstalking.

Deputy public prosecutor Zilfinaz Abbas said the amendments to the Bill are good so that victims can report being stalked at the police station.

According to Free Malaysia Today, a Women’s Aid Organisation (WAO) study conducted in 2021 showed that a third of Malaysians have experienced stalking to the point it caused fear. 39% of the victims are women.

Previously, WAO deputy executive director Yu Ren Chung said the anti-stalking bill must ensure victims are protected for an extended period of time and not limited to the period that the authorities were probing the case or during the court process.