Her stepfather kept hitting and kicking her until she hit her head on the front door and rolled under the car outside. 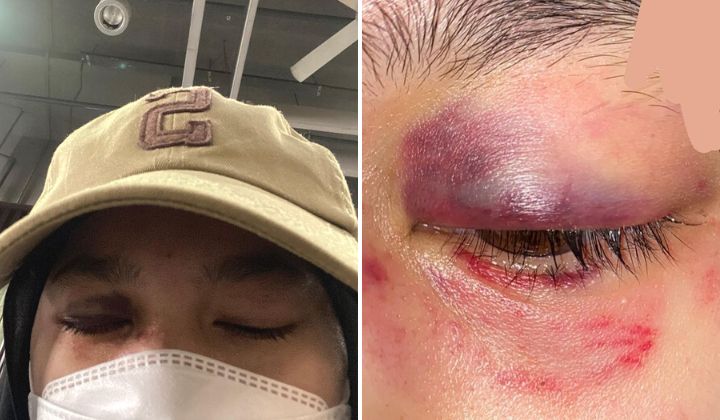 The first thing that everyone usually imagines in a domestic violence situation is a spouse, usually, the husband, hitting and abusing his wife.

In reality, domestic violence can happen to children in their own homes too and the perpetrators are their parents or guardians.

A 19-year-old girl named Dahlia (@d4hleea) shared her horrifying experience in which she ended up getting bruises all over her body.

Based on the police report, she visited her biological mother on 17 August 2022 around 11pm in Parit Buntar, Perak.

An argument broke out between them during the visit and her stepfather, Mohamad Khuzairi bin Zaini, allegedly came out of the bathroom and attacked Dahlia.

He dragged her by her neck and slapped her left cheek. He then allegedly threw her on the floor and continued to kick her back and stepped on her head.

Her stepfather kept kicking her near the front door of the house until she rolled under the car and allegedly used his heel to kick her eyes.

The height of the scary moment was when the stepfather allegedly took a machete (parang) from the kitchen and wanted to slash her.

Thankfully, a neighbour rushed out to help and the stepfather hid at home.

After the traumatic ordeal, Dahlia’s friend managed to get her to her biological father’s home in Perak.

The doctors who checked her the next day reported that Dahlia sustained bruises and swelling on her left cheek, head and her back. She also felt pain in both of her legs.

Due to the injuries around the eye, Dahlia said her vision is still not clear. She also has difficulty eating and experiences pain when she has to sneeze.

Dahlia’s ordeal did not end there because while making a police report, she was allegedly advised to forgive her stepfather.

What’s heartbreaking was that Dahlia’s own mother allegedly didn’t stand up for her or protect her.

Netizens were horrified by the treatment she endured. They felt sorry for her and advised her to stay strong. They also couldn’t believe that there were horrible parents like that.

Her ordeal also caught the attention of a celebrity such as Caprice, who offered to help Dahlia seek justice.