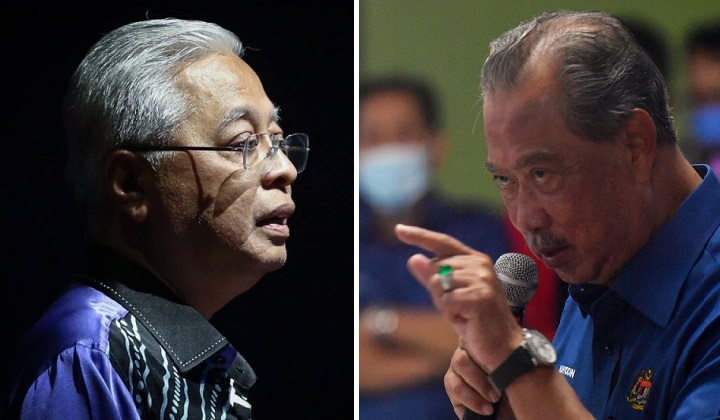 Former prime minister Tan Sri Muhyiddin Yassin should not be quick to pass the blame with regard to the country’s economy as he was part of the government set-up managing it, says his successor Datuk Seri Ismail Sabri Yaakob.

Ismail said that apart from Datuk Seri Mustapa Mohamed – who is in charge of the country’s economic affairs, the National Recovery Council (NRC) headed by Muhyiddin too were tasked with helping to manage the economy.

“So, this is a shared responsibility…if it failed, it means we all failed, even NRC failed,” Ismail was quoted as saying by Bernama.

Yesterday, Muhyiddin suggested Ismail to dissolve the Parliament and return the mandate to the rakyat if his government failed to manage the country’s economy.

“I think that if the prime minister continues to fail to manage the economy and the country well, then it is better for an election to be held so that a new government that is more efficient, caring and free from corruption can be elected by the people,” Muhyiddin wrote on his Facebook.

Muhyiddin, who is also Parti Pribumi Bersatu Malaysia (Bersatu) president and Perikatan Nasional (PN) chairman pointed out the weakening of the Ringgit, the labour shortage and food insecurity issues that the country is facing despite the re-opening of the economy following the global Covid-19 pandemic.

The Pagoh MP said that the government had failed to adequately address these issues and suggested that it would be better for the people to be allowed to vote for a new government that could solve these problems.

Ismail had hinted that the Parliament could be dissolved soon to pave way for an early general election possibly before the year’s end.

He also said that the dissolution of Parliament will be among the matters discussed in tomorrow’s Cabinet meeting – comprising ministers from Barisan Nasional, PN as well as Gabungan Parti Sarawak (GPS).

READ MORE: UMNO Is Optimistic That GE15 Will Be Held Before Year End