She had left her home in Miri city centre at about 3pm yesterday and a stranger answered her phone when her father tried calling her, after finding her stuff along the Coco Cabana Beach this morning. 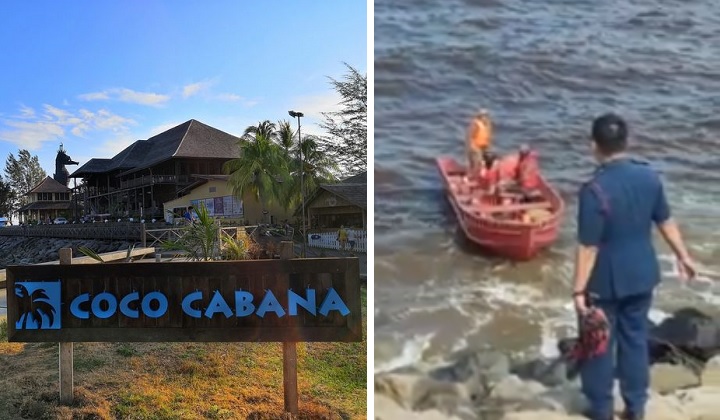 The authorities are conducting a search and rescue (SAR) mission along the Coco Cabana beach in Miri, Sarawak to locate a 15-year-old girl who went missing after leaving her home yesterday evening.

The SAR was launched this morning following a report of a missing person from the victim’s family at about 7.25am.

No details have been released yet regarding the girl’s identity.

It was not immediately clear whether the victim was lost or had fallen into the sea.

According to The Vibes, the girl had left her family’s home in Miri city centre at about 3pm yesterday and failed to return home.

When her father called her this morning, a stranger answered the phone.

“The person said he was a public member and had found the handphone placed on Coco Cabana Beach,” Miri Fire and Rescue Department spokesperson Bonny Martin Saging was quoted as saying.

The father then went to the beach, located 1 kilometre away from the city centre only to find her daughter’s belonging – her handbag and handphone, placed neatly on the beach – but couldn’t find her daughter anywhere.

The report stated that the SAR teams – including firemen and police personnel, are conducting searches along the 2-km long beachfront as well as the coastline, which faces the South China Sea.

Coco Cabana Beach is unsafe for swimming due to its strong waves and turbulence.