The driver, who’s believed to have been speeding, could not be found at the scene. 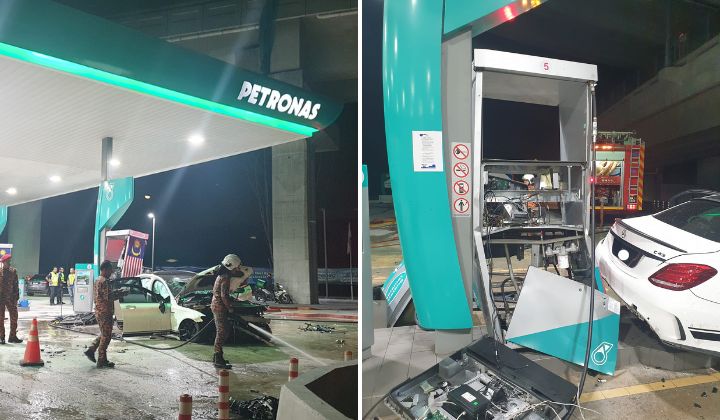 A car crashed into a pump at a petrol station along the Damansara-Puchong Expressway (LDP) around 12.13am today (17 September).

The crash not only damaged the car but also caused an oil spill at the petrol station.

In a statement, the Fire and Rescue Department said a fire truck was sent to the scene upon receiving a call.

The mystery deepened when firefighters said they found no driver was found in the car when they arrived.

Netizens expressed confusion and curiosity as to how the accident happened. It is believed that the driver lost control of the vehicle which led to the crash.

A netizen explained that the petrol station in question can be tricky to enter due to the angle of the entrance.

[Watch] 52YO Woman Rammed By A Car At Tawau Petrol Station