His escape attempt also managed to help the authorities rescue his younger sister from similar abuse. 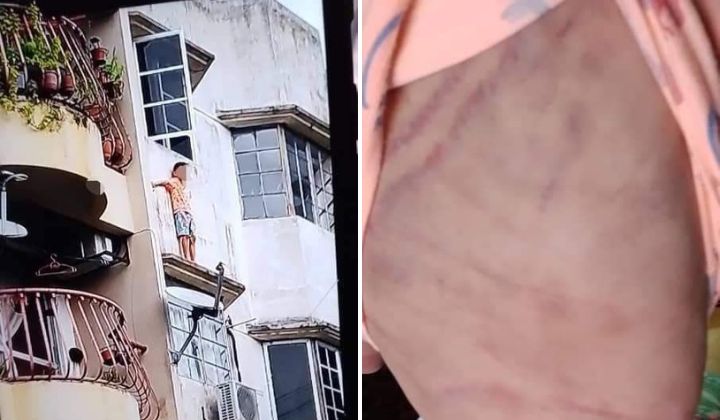 Members of the public saw an 8-year-old boy climbing out of his home on the fourth floor of an apartment unit in Jalan Cahaya, Ampang, on Friday, 16 September at 4.40pm.

According to The Star, it’s believed that the boy climbed out of a window and was standing on the ledge of the wall when he was spotted.

The people who saw the boy allegedly alerted the guard about the incident. The guard broke down the door of the house before firefighters arrived.

The Selangor Fire and Rescue Department director Norazam Khamis said the boy was locked in a room before he attempted his escape.

The boy was believed to be a victim of abuse when he was found covered in bruises all over his body.

Both children were sent to Hospital Ampang for further treatment.

Ampang Jaya OCPD Assistant Commissioner Mohamad Farouk Eshak said two suspects, the child’s aunt and her husband, were arrested on the same day around 6pm and will be remanded for a week.

Investigations also revealed that the children’s biological father had passed, but their mother refused to care for them.

Based on the police statement, the aunt’s 29-year-old husband has a previous criminal record. Both husband and wife tested negative for drugs in a urine test.

The case is being investigated under Section 31(1)(a) of the Child Act 2001 for neglecting, abandoning or exposing the child in a manner likely to cause the child physical or emotional injury.

It carries a charge of a fine not exceeding RM20,000 or imprisonment of not more than ten years or both.