Samy Vellu has served as Malaysia’s Minister of Works for 29 years. 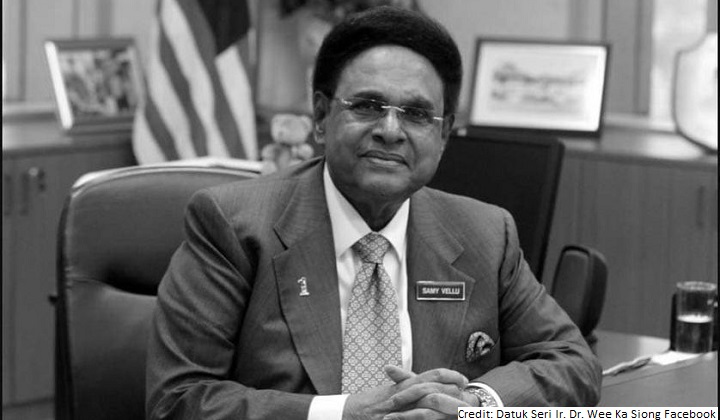 According to another former MIC chief, Datuk Seri Dr S. Subramaniam, the news was relayed to him by Samy Vellu’s son, Datuk Seri S. Vell Paari.

In paying tribute to the former Sungai Siput MP, Subramaniam said that Samy Vellu was a legendary cabinet minister.

“To many of us, he was the ultimate mentor.

“His contribution to the nation and to the Indian Community will be permanently etched in our memories. MIED, Aimst University, and Tafe College were his immortal contributions.

“My deepest condolences to Toh Puan (Indrani Samy Vellu), Vell Pari and the rest of the family on his demise. He led a full and glorious life and is going off filled with deep respect and appreciation.

“May his soul reach the abode of the Lord,” Subramaniam, who is also the former Segamat MP, wrote on his Facebook.

According to multiple reports, he passed away in his sleep at his home in Kuala Lumpur.