The health director-general also said that Najib was healthy when he was discharged from HKL last Friday. 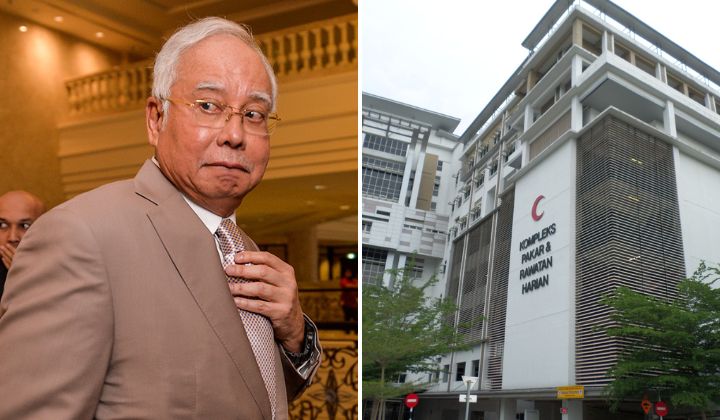 Incarcerated former premier Datuk Seri Najib Razak has been prescribed with the same type of medicine that he has been taking, says Health Director-General Tan Sri Dr Noor Hisham Abdullah.

In a statement yesterday, Dr Noor Hisham also said that the medicine that was prescribed to the Pekan MP was part of the Health Ministry’s list of medicinal for patients.

He added that Najib was healthy when he was discharged from the Kuala Lumpur Hospital (HKL), after he was admitted to the hospital for an elective, non-urgent case last Friday (9 September).

“His examinations and tests were conducted by senior specialist doctors who were the heads of their respective fields.

“HKL also held two family conferences that were attended by the former prime minister and his family members.

“The results of the tests were conveyed during these conferences in line with professional medical practices,” said Dr Noor Hisham.

He also added that the Health Ministry was committed and transparent in the delivery of healthcare services to all individuals, but at the same time, the ministry has the responsibility to comply with ethical practices involving patients’ privacy under the Medical Act 1971 (Amendment 2012).

“Any detailed record with regards to a patient’s health can be presented in court upon the court’s order.”

Najib’s 1MDB trial yesterday – where he is facing four charges of abusing his power to obtain bribes totalling RM2.28bil from 1MDB funds as well as 21 charges of money-laundering involving the same amount – was cut-short after he complained about his blood pressure.

The High Court was told that Najib has reacted badly to a change of medication for his blood pressure and needs to seek medical attention.

According to New Straits Times, Najib’s special officer, Muhamad Mukhlis Maghribi said the former premier was prescribed a new medicine for his blood pressure during his treatment in HKL.

“Doctors discharged him, changed his medication from the usual ones that he had been taking for years and sent him back to Kajang (prison).

“This (Yesterday) morning, a test by a medical assistant showed that Najib’s blood pressure is dangerously high due to the change in medication,” he was quoted as saying.

PM Orders KKM To Give Najib The Best Treatment Available

“I have been informed about Datuk Seri Najib Razak’s health condition.

“I have instructed the Health Ministry to provide the best care he needs. I wish him good health,” tweeted Ismail last night.

Dengue Cases On The Rise