The convict was given a generic medicine for his blood pressure complications – containing the same formula as the ‘original medicine’ – that he used to consume. 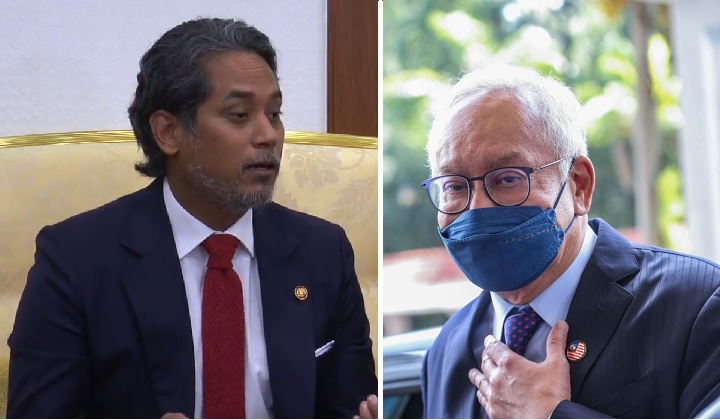 Health Minister Khairy Jamaluddin Abu Bakar refuted claims by convicted former premier Datuk Seri Najib Razak’s aide that he was given a different medication for his blood pressure issues causing his health to deteriorate as it did not reflect the full picture of the real situation.

According to Khairy, Najib has been prescribed a generic medicine for his blood pressure complication when he was seeking treatment at the Kuala Lumpur Hospital (HKL).

“It is the same medicine, but a generic brand. He used to take ‘original’ medicine because he bought it from a private hospital.

“When referred to HKL, we have the same formula of medicine that is given at the government hospital.

“The medicine is the same, same formula. But it is the generic form,” Khairy told a presser at the Ministry of Health (KKM) earlier today.

Khairy also added that the generic medicine is just as good and contains the same formula as the one Najib had taken in the past.

He said that it is pertinent for the health ministry to refute the claims by Najib’s aide and family members as it doesn’t paint an accurate picture of the situation.

“Many questioned why we need to make a statement, explanation and so on.

“(It’s) important, because there are accusations from (Najib’s) officials and also from family members as if the medicine (prescribed to Najib) was changed to another medicine. Which is not true.”

Najib’s trial was postponed as the Pekan MP had been admitted to HKL yesterday after complaining about his blood pressure.

The High Court was told that Najib has reacted badly to a change of medication for his blood pressure and needs to seek medical attention.

Najib’s aide Muhamad Mukhlis Maghribi said the former premier’s blood pressure was spiking as has been prescribed a new medicine for his blood pressure during his treatment in HKL. This claim was also supported by his daughter Nooryana Najwa.

Prime Minister Datuk Seri Ismail Sabri Yaakob also reacted to the issue and directed the KKM to give the best care to Najib.