The Pekan MP’s health deteriorated after an adverse reaction to a change of medication, he is scheduled for a doctor’s appointment at 2pm today. 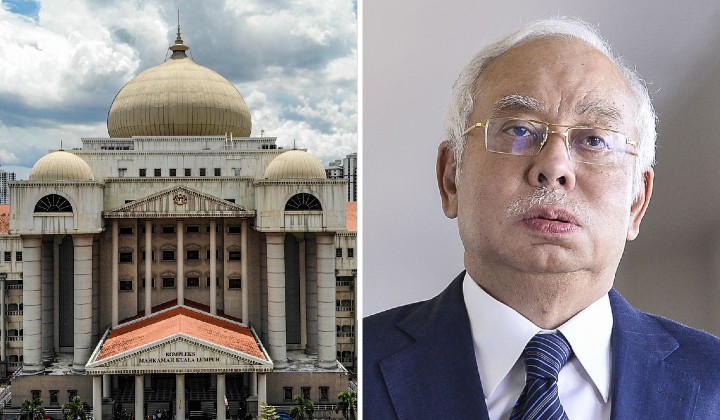 According to New Straits Times, the case presiding judge Datuk Collin Lawrence Sequerah was told that the incarcerated former prime minister has reacted badly to a change of medication for his blood pressure.

“According to an officer from the Prison Department, it has an adverse effect on him, and his condition is quite bad.

“However, Najib is prepared to go through the proceedings until 12.30pm before his appointment with his doctor at 2pm,” Deputy Public Prosecutor Datuk Seri Gopal Sri Ram was quoted as saying.

According to the report, the Pekan MP had complained about his blood pressure during today’s hearing and sought medical attention.

Agreeing with the request, Sequerah ordered today’s proceeding to end at 12.30pm so that Najib could be referred to Kajang Hospital for medical attention.

Najib had earlier appeared in court at 10am for his 1MDB trial, where he is facing four charges of abusing his power to obtain bribes totalling RM2.28bil from 1MDB funds as well as 21 charges of money-laundering involving the same amount.

His wife, Datin Seri Rosmah Mansor –  who earlier this month has been found guilty of three counts of corruption connected to the RM1.25 billion Sarawak rural school’s solar energy project – also attended today’s hearing where she was sitting behind Najib in the public gallery.

Najib, the first former prime minister to be sent to prison, is currently serving his prison sentence in Kajang Prison since 23 August when a five-judge panel at the Federal Court upheld his conviction, RM210 million fine and 12-year prison sentence for embezzling RM42 million belonging to SRC International Sdn Bhd.

Najib has been sent to the hospital over a week ago due to a recurring stomach-related issue.