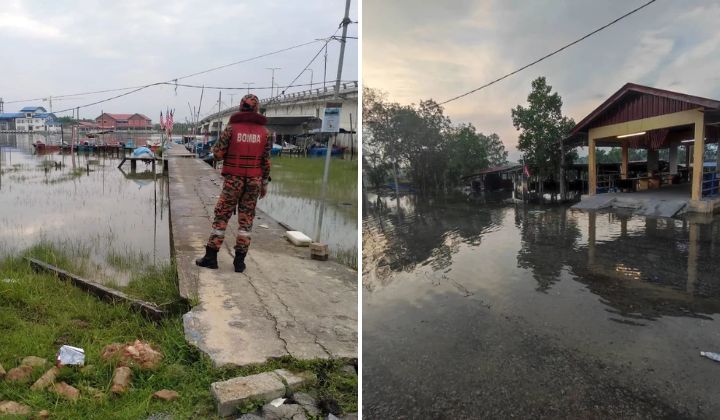 Residents in Klang, Kuala Selangor and nearby areas have been advised to be on alert following the issuance of a high tide phenomenon starting today (11 September).

Selangor Menteri Besar Datuk Seri Amirudin Shari said the warning issued on Friday forecasted that the high tide phenomenon would occur from today at a height of over 5m.

On 17 and 18 December 2021, the tide reached 4.7m and 4.8m. According to Amirudin, the state government has identified several flood hotspots around Taman Melawis.

What are the measures that had been taken?

According to Malay Mail, several short-term measures will be implemented by the state government, including installing more pumps to accelerate water outflow.

Sending equipment early can help to avoid panic, which happened during the December 2021 floods when most of the PPS equipment was stored in a centralised area and made delivery of the equipment difficult due to the many flooded roads.

The Star reported that the Fire and Rescue Department teams had been deployed to monitor areas likely to experience high tides in Kuala Langat, Kuala Selangor and Klang today.

As of 10.30am, conditions were reported to be nominal in all areas. However, high tides were reported by the Klang monitoring team at Jalan Kunci Air, Pengkalan Nelayan in Jalan Genting, Jeti D’ sayang and Pengkalan Sungai Keramat around 6.42am today.

The water levels were reported to be as high as 5.4m, but they did not affect the surrounding areas.

What did the forecast say?

According to the Selangor State Secretary’s office’s announcement on Facebook, the highest sea level at Port Klang Station tomorrow is expected to reach 5.5m at 7.18am.

Residents in Klang are reminded to be prepared for the high tide phenomena and the North East Monsoon beginning in September until December, which could cause floods and bunds to collapse.

Meanwhile, Bukit Melawati assemblyman, Juwairiya Zulkifli, said through her official TikTok that as many as 13 areas in Kuala Selangor are likely to be flooded.

Some of the areas expected to be affected are: