He was spotted acting suspiciously near a children’s playground at Dataran Muhamadi on Tuesday night before being beaten up and turned over to the police. 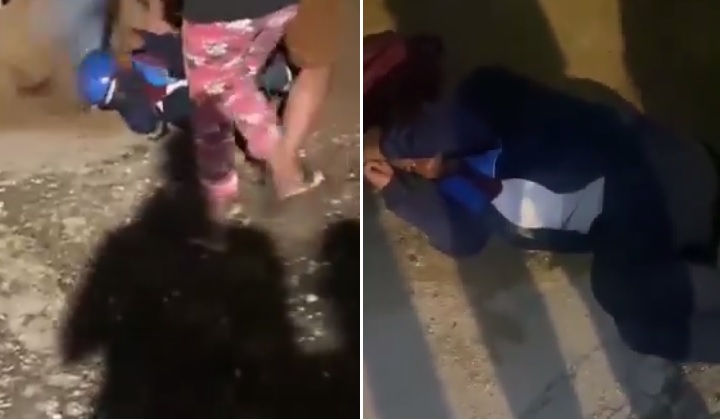 Viral videos captured an unemployed 20-year-old man being beaten up by the public on Tuesday for allegedly trying to kidnap a child at Dataran Muhamadi in Kota Bharu, Kelantan.

According to Kota Bharu District Police Chief Assistant Commissioner Mohd Rosdi Daud, the man had previously been detained in a hospital for mental treatment back in 2014.

Rosdi said that police received a report about the incident at 12.27 am on Wednesday.

The report stated that the man was acting suspiciously near a children’s playground at Dataran Muhamadi before he was apprehended by the public.

“The suspect, a Malay male in his 20s, who is unemployed, was apprehended by the public before being handed over to the authorities,” Rosdi said in a statement, which was uploaded on Kota Bharu Police District’s Facebook.

He added that the man tested negative for drugs and has no prior criminal record.

The man has been referred to a hospital for treatment.

Four video clips of the incident showing the man being beaten – for allegedly being involved in child kidnapping for organ harvesting – have since gone viral over social media.

In the video, the man, who was wearing a blue helmet was beaten by several individuals.

The man can be heard shouting in pain inside the videos while pleading for his innocence.