Bersatu and PAS will contest in nine parliamentary constituencies each, with Gerakan set to compete in the other four parliamentary seats in Selangor in GE15. 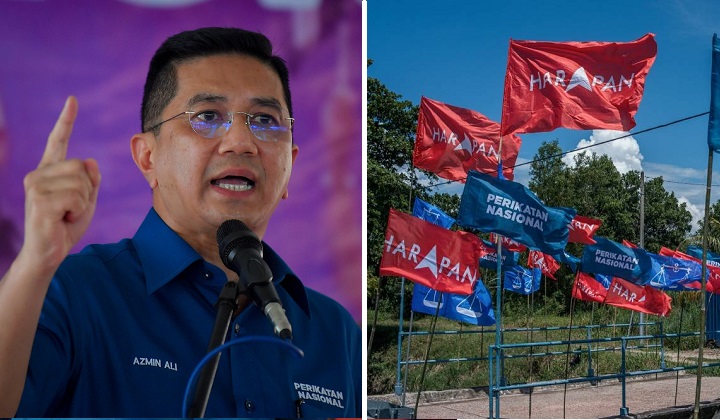 Selangor Perikatan Nasional (PN) has finalised its parliamentary seat allocations in the state, with Parti Pribumi Bersatu Malaysia (Bersatu) and PAS will contest in nine constituencies each with the remaining four constituencies to be contested by another component party, Gerakan.

PN has also tasked senior minister Datuk Seri Azmin Ali, who is also the former Selangor menteri besar, to lead the charge for the coalition back in his former backyard.

According to Selangor PN vice-chief Datuk Abdul Rashid Asari, all three PN’s component parties have agreed in principle to contest seats they wanted inside the Pakatan Harapan’s (PH) stronghold in the upcoming general election.

“Selangor PN has also appointed liaison chiefs in the respective parliamentary constituencies,” Rashid was quoted by Free Malaysia Today, adding that the pact’s focus right is strengthening the coalition’s machinery in the state.

The Bersatu man added that PN is looking to wrestle Malay-majority seats from PH in GE15 and increase non-Malay voters’ support, as PH no longer enjoys the kind of support it did in the 2018 general election.

“In the last general election, the Malay-majority constituencies backed PH because UMNO was weak. As that wave of support for PH is now gone, we have a chance,” he said.