The application to review the Federal Court ruling to uphold Najib’s conviction and sentences in the SRC International Sdn Bhd case was filed yesterday. 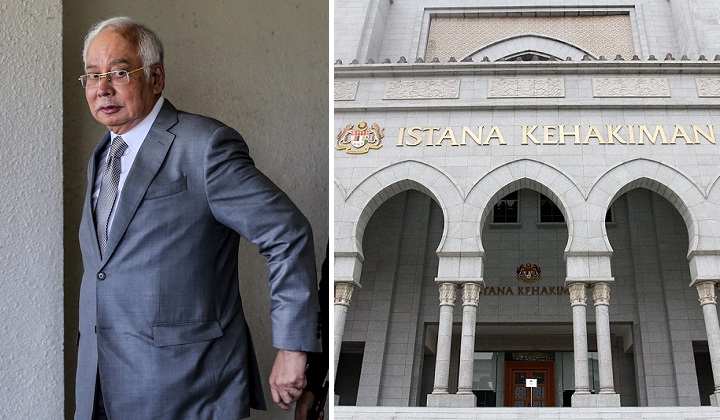 Incarcerated former premier Datuk Seri Najib Razak has filed a motion to review the Federal Court’s ruling to uphold his conviction and sentences in the SRC International Sdn Bhd case.

According to The Star, the application was filed on the basis that there was an element of a miscarriage of justice in the decision.

The report stated that the application was filed by Tan Sri Shafee Abdullah yesterday.

“The motion for a review states that a miscarriage of justice has taken place and that Najib’s right to defend himself at the Federal Court has been denied,” the English daily quoted a source close to Najib’.

Shafee, who was previously dropped by Najib in the middle of his final bid to overturn his conviction for misappropriating funds from SRC International, filed for the application at 4pm, reported The Edge.

Najib had also previously filed for a royal pardon, which means that he remains the Pekan MP – amid behind bars – until the matter is resolved.

READ MORE: Najib To Stay As Pekan MP After Filing For Royal Pardon

On 23 August 2022, a panel of five judges led by Chief Justice Tun Tengku Maimun Tuan Mat upheld the Kuala Lumpur High Court’s decision to convict Najib to 12 years in jail and a fine of RM210 million.

Najib is now serving his prison sentence in Kajang Prison.