Leonard Glen Francis was due for sentencing on 22 September for bribing US Navy officials for their influence and access to military intelligence, allowing him to earn millions of dollars from navy contracts. 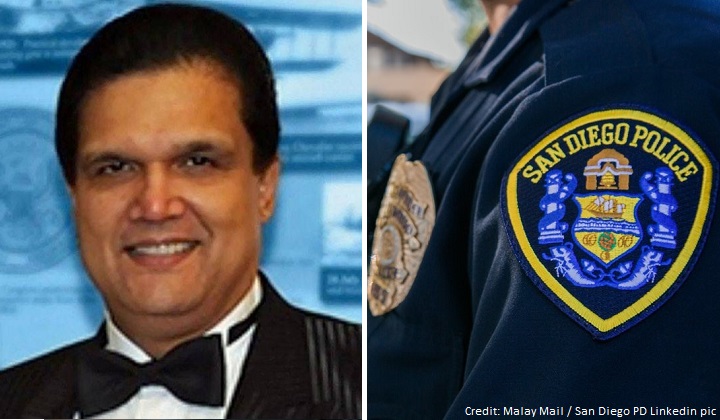 A Malaysian businessman, Leonard Glenn Francis, who was charged in 2015 with bribing US Navy officials for their influence and military intelligence, has escaped house arrest by cutting off his monitoring anklet, reported Free Malaysia Today.

Leonard, popularly known as ‘Fat Lenord’ was believed to have cut off his GPS anklet sometime Sunday morning.

The San Diego police were alerted by the incident when police personnel who were tasked to perform a welfare check on Leonard last Sunday found that he was no longer there.

Get onto FAT LEONARD. A Malaysian, he's just ESCAPED FROM DETENTION IN THE U.S. Big story in the U.S. but virtually uncovered in Malaysia. He's from Penang (like Jho Low), and, from today, also on the run from justice. Our podcast (we smuggled a mic in): https://t.co/0HhXcweKkd

Leonard, who ran a military contracting firm, Glenn Defense Marine Asia, from Singapore, was arrested in San Diego in 2013.

In 2015, he was charged with bribing US Navy officials for their influence and access to military intelligence, allowing him to earn millions of dollars from navy contracts. He pleaded guilty to all charges including swindling the navy out of at least US$35 million in overcharges.

Leonard was sent to prison for his crime but was released in 2018 to serve a house arrest due to health issues.

The Penang-born businessman’s sentencing had been set for 22 September.

According to the report, Leonard’s sentencing date had been put off for years for his cooperation with US federal prosecutors who continued to build cases against several other individuals – including high-ranking US Navy officers –  who were involved in the scheme.