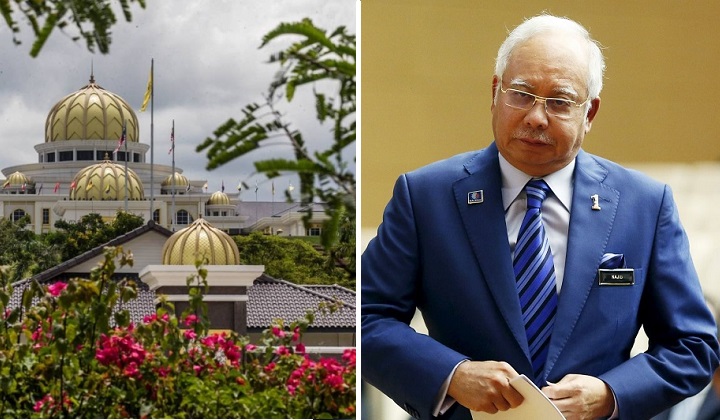 “And because there is a pending pardon application, the Pekan seat would not be vacated until the pardon is accepted/rejected by the YDPA,” Lim, who is also a lawyer by profession, tweeted.

Speaker of Dewan Rakyat confirms that Najib has submitted a pardon application to the YDPA.

And because there is a pending pardon application, the Pekan seat would not be vacated until the pardon is accepted/rejected by the YDPA. (This is correct under the Constitution) pic.twitter.com/0nHtvAkwOq

He accompanied the tweet with Azhar’s 2-page long statement on the matter.

According to the statement, Azhar said that he had received a copy of Najib’s royal pardon application dated 1 September 2022.

Azhar said that with the filing of a royal pardon, Najib will only lose his Pekan seat if the Yang di-Pertuan Agong rejected his application for clemency.

“Therefore, Najib’s status as the Pekan Member of Parliament remains unchanged and will only be decided once the royal pardon process has been finalised,” the statement reads.

Article 48 of the Federal Constitution stated a person can be disqualified as an MP if they are convicted for an offence and sentenced to more than one year in jail and fined more than RM2,000.

However, Article 42(1) of the Federal Constitution, allowed for those who had been found guilty in the court of law to seek a royal pardon from the Yang di-Pertuan Agong.

Najib, the first former Malaysian prime minister to be sent to prison, is currently serving a 12-year jail term after Federal Court upheld his conviction and sentence for misappropriating SRC International Sdn Bhd’s funds amounting to RM42 million on 23 August.

He is also facing four other criminal charges related to the 1Malaysia Development Bhd scandal.

Najib has held the Pekan seat since 1976.