The four former students of SMK Taun Gusi alleged that the English teacher Mohd Jainal didn’t enter the class for almost a year. 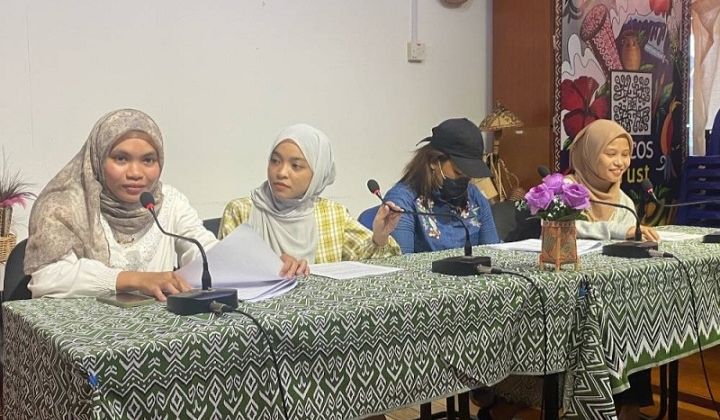 Four Sabahan girls from a rural school in Kota Belud will go to court later this month to sue their former English teacher Mohd Jainal for failing to show up for classes for almost a year.

They named the former principal of the school Suid Hanapi, the Education Department director-general, the Education Ministry and the Malaysian government in their suit for failing to guarantee their rights to their education.

She claimed that the defendants took no reasonable actions after they were notified.

They claimed that Mohd Jainal refused to enter their class from March to July 2017 when they were 16 years old.

Malay Mail reported that the group has also obtained a restraining order from the High Court against the teacher, principal, Education director-general and Education Minister who had been harassing and pressuring them and their family members to drop the case.

According to New Straits Times, the injunction order will last the duration of the legal proceedings.

After two years since they filed the case in court, the trio’s trial is scheduled to take place from 5 September. Siti Nafirah filed her case four years ago and the hearing will start on 12 September.

Siti Nafirah, who’s now a housewife, said she was looking forward to their cases being heard in open court.

I want all of Malaysia to hear from my side and the ministry’s side. I want the evidence submitted in open court. I want you to see what I saw. And then, let an independent judge question us all.

According to Borneo Post, Siti Nafirah said one of the reasons for filing the case was because she wanted students’ education to be prioritised.

I want to open the eyes of school administrators, parents, teachers and students. We must prioritise our education and there is nothing more basic to a quality education than teachers that enter classes.

Calvina, currently a university student studying politics and government, said due to Mohd Jainal’s action, English was the only subject she failed in SPM, possibly costing her a student award.

She added that the group was inspired by Siti Nafirah, and they’re determined to be the last generation to suffer the ‘absent teacher’ problem.

Nur Natasha is working in a boutique while Rusiah is currently unemployed.

Cikgu Fadli Freed Of All Charges, Will Not Face Any Disciplinary Actions

“School Syllabus Has Been In Use Since 2017, It’s Not Radzi Jidin’s Syllabus” Says Caretaker Education Minister

Father Shows Grade 1 Syllabus In US, Simpler Than Malaysian Syllabus For Standard 1