Rosmah, dubbed as the first lady of Malaysia during Najib Razak’s reign as the prime minister, was supposedly named the recipient of Unesco’s “Lead by Example” award in 2016. 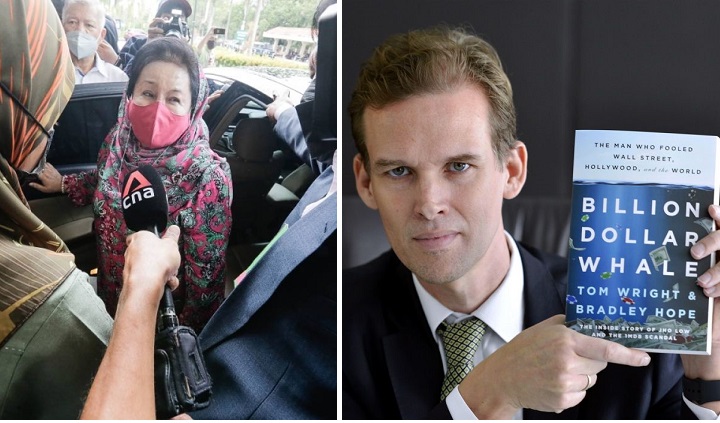 Award-winning journalist Tom Wright claimed he and partner Bradley Hope had taken it upon themselves to make sure that Datin Seri Rosmah Mansor did not receive Unesco’s “Lead by Example” award in 2016.

In a Twitter thread, Wright said that he and Hope had rung the organisation after finding out that Rosmah was listed as the award recipient from Unesco during the 71st United Nations General Assembly.

Another quick story on Rosmah, before we move on, this time about how she used the UN and charity to burnish her image, all while stealing millions.

“In September 2016, the UN was going to honour Rosmah with an award at a gala dinner at the Met in New York for her work with a children’s charity.

“This was AFTER numerous media reports had come out about Rosmah’s corruption. The charity also was mainly funded with Malaysian state money, not her personal funds,” he said.

After failing to convince Unesco to drop Rosmah from receiving the award, the former Wall Street Journal reporters then contacted another recipient, Nicholas Kristof, who was supposed to receive the award alongside Rosmah.

So we called UNESCO and told them, but they still wanted to give the award. @NickKristof of the New York Times was also an awardee, so we also emailed him, and to his credit he declined to accept an award alongside Rosmah.

Rosmah supposedly was to receive Unesco’s ‘Lead by Example’ award for her effort in developing children’s potential through the Permata programme on 22 September at the Metropolitan Museum of Arts, New York.

The Permata programme for early childhood education in Malaysia is Rosmah’s brainchild.

However, MalaysiaKini reported on 16 September 2016 that the award was not handed by Unesco.

Instead, the report stated that the award was issued by Antiquities Coalition, but it was confirmed that Rosmah did not receive the award that year as the Permata programme was removed from the list of honourees by the organiser.

[Updated] Rosmah Gets 10 Years In Jail And Fined RM970 Million, Plus 10 More Years If She Fails To Pay