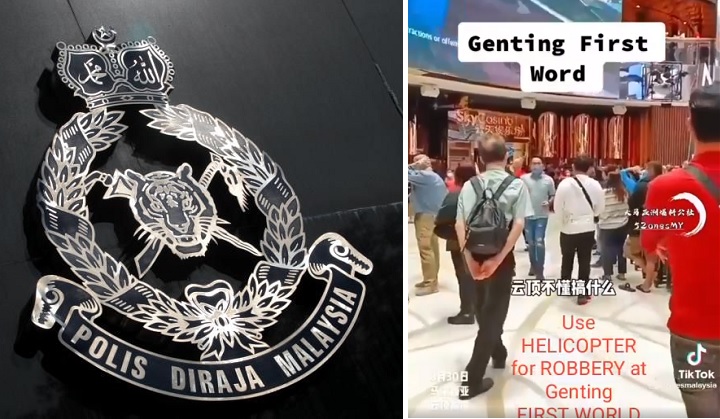 According to Bentong police chief Superintendent Zaiham Mohd Kahar, there has been no police report were lodged by any party regarding the supposed robbery.

“Police have also conducted an investigation and confirmed that no robbery took place as claimed in a video or audio clip that had gone viral on social media,” Zaiham was quoted as saying.

He was responding to a viral video yesterday claiming that either a robbery or a fire had occurred in Genting Highlands as the casino at the resort was not made accessible to the public.

Zaiham also urged all parties to stop speculating on the supposed incident and to stop spreading false information that could lead to further confusion and disrupt public order.

Meanwhile, The Star reported that the casino was not accessible due to a technical issue with its shutter door.

Resorts World Genting management had also posted a notice on its website claiming there was an incident that triggered a false fire alarm but it was resolved within 15 minutes.