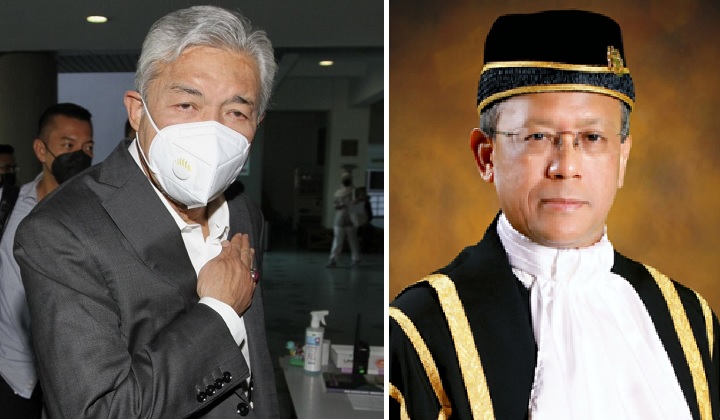 According to Free Malaysia Today (FMT), the High Court was informed of the matter during the hearing of Zahid’s trial this morning.

“As such, there is no such application before the court. Let us proceed with this case,” DPP Azmi Malik Ayob, who is part of the prosecution team in Zahid’s case was quoted as saying.

Sequerah said that no parties could dictate which case to be prioritised by the court of law.

Inside the letter, Sequerah was asked to give priority to Zahid’s case over Najib’s 1MDB trial so that it can finish as soon as possible.

For the record, Sequerah was the judge presiding over both cases.

Zahid is facing 47 charges; 12 for criminal breach of trust in relation to more than RM31 million of charitable foundation Yayasan Akalbudi’s funds, 27 counts of money laundering, and eight counts of bribery charges over RM21.25 million of alleged bribes.

The Bagan Datuk MP had repeatedly said that all the charges against him and a host of UMNO leaders were selective-prosecution and politically motivated.

According to Puad, who is also the Johor state speaker, the leaked letter from the deputy public prosecutor to Sequerah is evidence that there’s a ploy against UMNO leaders.

However, DAP Social Media Bureau Chairman Syahredzan Johan said that the letter is a mere request from the DPP to the High Court, which has full discretion to decide on the matter.

Syahredzan, who is also DAP central executive committee member also explained that the letter cannot be taken as evidence of a ploy against UMNO leaders as it was not a secret and Zahid’s lawyer also gets the same copy as Sequerah.

Will Zahid Heed Calls From Within Umno For Him To Resign?