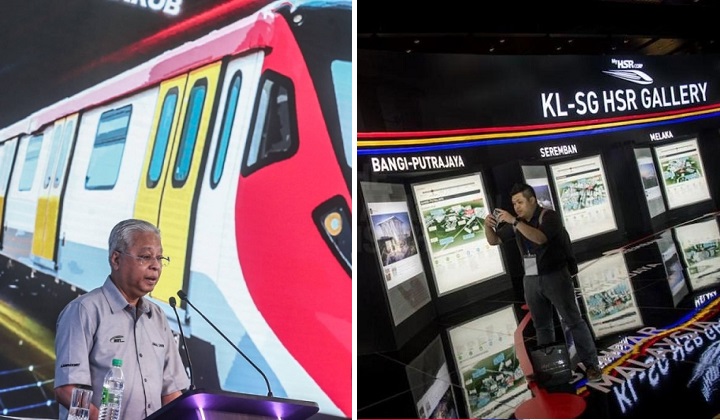 Malaysia is in talks with Singapore to revive the terminated high-speed railway (HSR) project, reported Bernama.

Prime Minister Datuk Seri Ismail Sabri Yaakob said that Malaysia is hoping that the project could resume as soon as possible, adding that Transport Minister Datuk Seri Wee Ka Siong is in discussion with his Singaporean counterpart S. Iswaran on the matter.

According to the prime minister, Malaysia is looking to propose several changes including to the terms and conditions of the contract.

“It is an ongoing discussion. If possible we want it to be sped up because Malaysia also has plans to establish an HSR between Kuala Lumpur and Bangkok.

“If possible, we want to link Bangkok-KL and KL-Singapore,” Ismail was quoted as saying.

He added that there’s a possibility that the HSR could be linked-up all the way to China as Thailand and the republic is also in process of building a high-speed train line.

Ismail said that his administration is only reviving a project that had been agreed upon before Pakatan Harapan took over the country in 2018.

“Not to say priority, since the planning is already there, right from the start, right from Barisan Nasional’s time, planning is completed, only stopped for a while” replied Ismail when asked whether the project is a priority to the current government.

Ismail said this during a question-answer session with several representatives of the foreign media and Bernama at Putrajaya, yesterday.

Despite both countries having jointly announced the termination of the HSR project on 31 December 2020, Singapore Prime Minister Lee Hsien Loong had stated that the republic is open to any new proposal from Malaysia on the  Kuala Lumpur-Singapore HSR project.

Under the previous agreement, the 350km railway line connecting Kuala Lumpur and Singapore was scheduled to be completed by 2026, which will reduce the travel time between the two destinations to 90 minutes.