The increasingly warm weather results in strawberries that are small and sour, which tourists might not want to buy. 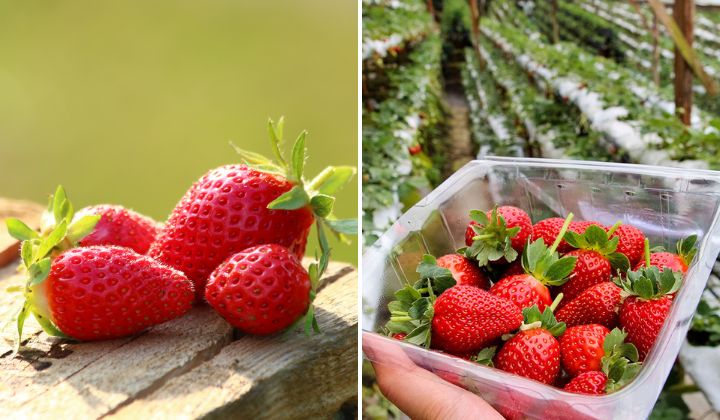 Climate change has caused a rise in global temperatures which brought forth a host of problems.

Some of these problems include drought, wildfires, heat waves, reduced agricultural yields. The rise in temperature have also triggered heat-related health issues.

Businesses and tourists in Cameron Highlands are already feeling the brunt of climate change. The temperature rise hit strawberry farmers the hardest because it caused strawberries to grow smaller and taste sour.

According to New Straits Times, the minimum and maximum temperatures recorded by MetMalaysia at the time of writing were 16 and 23 degrees Celcius.

Roy, an engineer from Tanah Rata, said strawberries thrive in temperate climates, and temperatures above 23 degrees Celcius could affect the yield.

Forests help regulate the temperature. However, uncontrolled land clearing would lead to soaring temperatures, not to mention other environmental damage, such as floods and landslides, which are already happening.

Roy shared that the main town in the highlands sees high traffic during the holidays. Visitors drive up to Cameron to enjoy the cool weather and views.

However, visitors are now feeling the heat although they’re up in the mountain.

Tour guide Angela Marina Hoon, 65, said tourists now request fans or any cooling system to be placed in their rooms. It never happened in her 38 years of experience as a tour guide in Cameron Highlands.

It used to be so cold here that going to Cameron Highlands was like visiting any cold European country. Nowadays, some visitors even ask if the hotel has fans installed in the rooms.

She believes the unregulated traffic contributed to greenhouse emissions and wants the number of vehicles entering Cameron to be controlled.

We can see many vehicles even on weekdays, and traffic congestions in some parts of Cameron Highlands is now very common. Can you imagine how much greenhouse gases that come from running engines?

The temperatures are so warm that people in Tanah Rata were seen swapping their sweaters and jackets for short-sleeved T-shirts and shorts, NST reported.

Another tour guide K. Kaliyannan, 57, said there must be a balance between development in agriculture and preserving nature.

What is tourism without the flora and fauna that Cameron Highlands is known for?

With crop yields declining, he worries that farmers will have to find something else to do soon.