The Federal Court had earlier rejected Najib’s lead counsel Hisyam Teh Poh Teik’s request to recuse himself from the case. 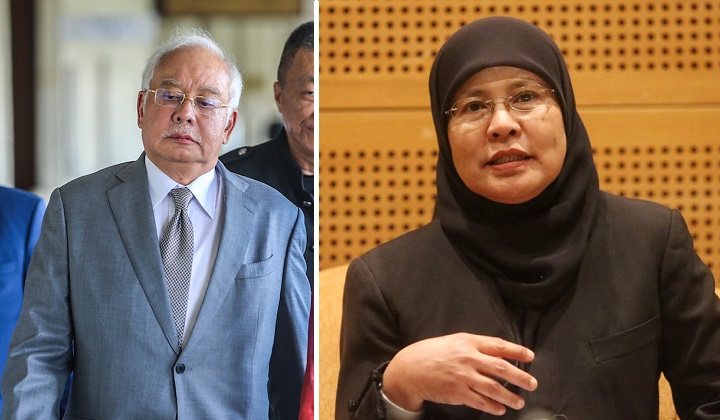 Former prime minister Datuk Seri Najib Razak pleaded to be given a fair hearing in his final bid to overturn his conviction for misappropriating funds from SRC International Sdn Bhd.

According to Free Malaysia Today, the Pekan MP said that he wishes to record his objection “in the strongest of terms of this appeal proceeding today” as the Federal Court rejected the request from his lead counsel Hisyam Teh Poh Teik to recuse himself from the case.

“…My rights, life, liberty and right to a fair hearing are at stake

“As you know, my counsel has indicated he is unwilling to continue because (the team) had very limited time to prepare… Unfortunately, the court didn’t allow them,” Najib was quoted as saying.

According to Tengku Maimun, the panel anonymously agreed that Hisyam had “failed to disclose adequate cause” to justify his request.

“Therefore the application to discharge is refused and counsel remains on record in the interest of justice,” she was quoted as saying.

When proceeding began after the lunch break, Hisyam said that he wish to put in written submissions on behalf of Najib.

He had earlier said that he would be arguing Najib’s case based on submissions filed at the Court of Appeal by Najib’s previous counsel Tan Sri Muhammad Shafee Abdullah.

“Just now when My Lady asked whether I will be relying on submissions in the Court of Appeal, I answered yes.

“At this juncture, I would like to put on record that I wish to put in written submissions on behalf of the appellant,” the experienced lawyer was quoted by the Malay Mail.

Prior to that, Tengku Maimun, breaking from convention, had asked the prosecution counsel to present its case first to allow more time for Najib’s defence team to prepare his case.

On Tuesday, Hisyam had sought an extension of up to four months to the Federal Court, citing that they needed more time to prepare for Najib’s case as the defence team had just taken over the case less than a month ago.

However, the same five-judge panel anonymously rejected the request.

Tengku Maimun said that the appeal must continue as scheduled, stressing that all parties had been made aware since April that the appeals process had been fixed for hearing from 15 to 26 August.