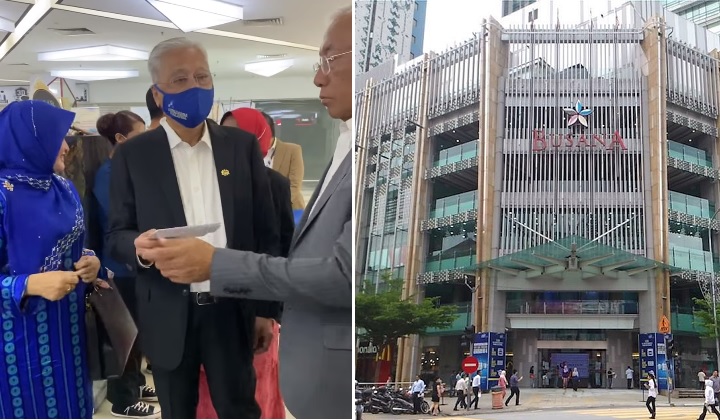 Prime Minister Datuk Seri Ismail Sabri Yaakob has instructed Majlis Amanah Rakyat (MARA) to continue with the MARA Digital project in order to drive up the participation of more Bumiputera youth in technology (IT) entrepreneurship.

In his Facebook posting yesterday, Ismail said that several MARA Digital malls had been established in the past including in several cities including Shah Alam, Kuantan as well as Ipoh.

However, the Bera MP said that the project was discontinued when Pakatan Harapan (PH) took over Putrajaya following Barisan Nasional’s (BN) defeat in the historic May 2018 general election.

“Alhamdulillah, during the visit, the traders informed me that they were still able to continue running their business and that their sales were increasing, but among others, they needed support from MARA in terms of promotion, loan assistance and reduction to their rental rates,” Ismail wrote in his Facebook following a surprise visit to MARA Digital mall in Kuala Lumpur.

He added that the project was “close to his heart” as it was his brainchild.

He said that the project would help develop Bumiputera entrepreneurs in the IT field.

Mara Digital Mall, which was launched in 2015, was spearheaded by Ismail when he was the country’s Minister of Rural and Regional Development.

The Kuala Lumpur’s MARA Digital Mall was the sole one-stop-centre that remains in operation as the other branches – In Kuantan, Pahang; Johor Baru, Johor and Shah Alam Selangor – had closed down between 2018 and 2019

Among the reason given was the lack of sales in these outlets while the one in Shah Alam had ceased its operation back in March 2018 to give way to upgrading works to the then Shah Alam Urban Transformation Centre (UTC).

Take PN Out Of The Govt If You Believe The Economy Is Failing, UMNO Youth Chief Tells Muhyiddin