The road closure each Sunday aims to promote the culture of walking among Malaysians. 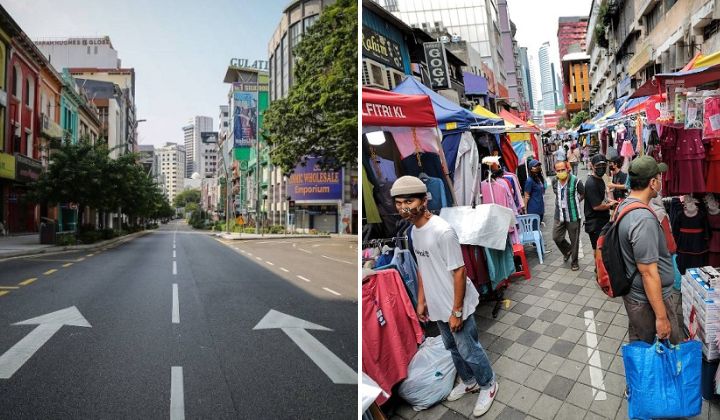 Jalan Tuanku Abdul Rahman or more commonly known as Jalan TAR is one of the famous locations in Kuala Lumpur.

The busy street is teeming with textile shops and often attracts a crowd. Families frequent the shops there to buy school uniforms, baju kurung, tudung, carpets and more.

No cars are allowed on Sundays

The Kuala Lumpur City Hall (DBKL) recently announced that the roads into Jalan TAR will be closed to vehicles every Sunday starting from 28 September 2022.

Based on a report by Malay Mail, Deputy Minister of Federal Territories Datuk Seri Jalaluddin Alias said the move to close the roads to vehicles is to encourage the culture of walking among the Malaysian public.

Jalan TAR will be closed from the junction of Jalan Esfahan until Jalan Tun Perak from 6am to midnight.

Jalaluddin was responding to a question by Senator Datuk Dr Dominic Lau Hoe Chai regarding efforts to upgrade the pedestrian infrastructure in Kuala Lumpur and the culture of ‘willingness to walk’ among city folk.

In addition to the road closure to vehicles, there will be various programmes planned to enliven Jalan TAR such as performances by buskers, creative arts performances and traditional sports programmes.

Jalaluddin added that DBKL is also studying plans to do the same from the junction of Jalan Pudu until the Jalan Bukit Bintang intersection.

Regarding the pedestrian infrastructure upgrading project, a total of 23 areas have been identified.

These projects are being planned so that they have a complete network and, once completed, will give a new image or rebranding to the areas involved and can indirectly be used as tourist attractions.

To ensure the safety of pedestrians, Jalaluddin said about 5,000 closed-circuit television (CCTV) cameras had been installed throughout Kuala Lumpur City.

According to Malay Mail, 2,062 of them are focused on pedestrian walkways and there will be 250 enforcement officers conducting patrols from time to time.