The argument started when a member of the opposing team was tackled during the futsal match in Tasik Tambahan Ampang. 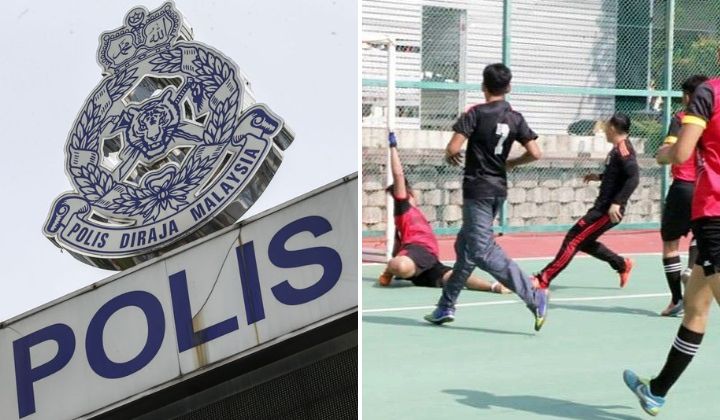 A teenage boy has been arrested by the police after injuring another individual with a bike chain fashioned into a weapon during a fight in Tasik Tambahan, Ampang.

According to the police statement, a group of friends were playing futsal with a team of friends from another school.

One of the complainants claimed that one of the members of his team tackled someone from the opposing team during the match and a verbal argument ensued.

The suspect from the opposing team then punched the complainant’s ribs and elbow. The complainant added that the suspect tried to punch his younger brother but he managed to pull his brother away.

Police confiscated a bicycle chain that was fashioned into a knuckle-duster by the 17-year-old suspect. The police said the teen suspect is still schooling and has no prior records.

The case is being investigated under Section 324 of the Penal Code for voluntarily causing hurt using a weapon.

If convicted, the suspect faces a maximum 10-year jail sentence, a fine or caning, or both.

According to The Star, ACP Farouk reminded members of the public not to take matters into their own hands.