Provocations led to an altercation at the Sultan Muhammad IV Stadium yesterday after the match between Kelantan and Perak FC ended. 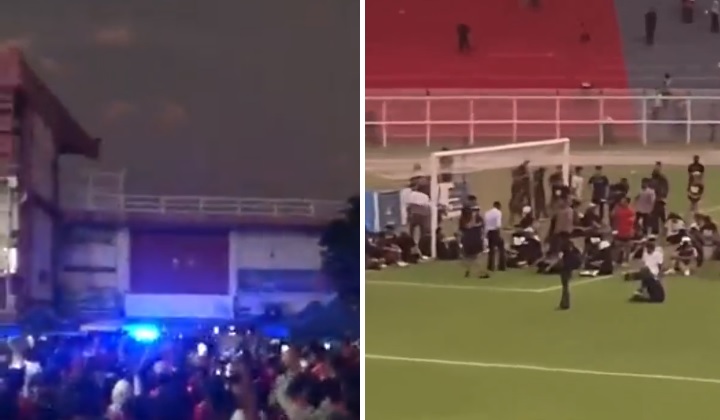 A riot ensued at the Sultan Muhammad IV stadium between home team Kelantan and Perak FC fans after the visitors recorded a 2-1 win in a Premier League match yesterday.

According to New Straits Times, the incident, which took place after the match ended at about 6.30pm, involved more than 100 fans from both sides.

The altercation was said to be caused by provocation from one side to another.

The incident also led to several windscreens of a tour bus rented by Perak fans for the trip to the state left damaged.

The damage was believed to have been caused by Kelantan fans who allegedly hit it with stones. Three locals were detained by the police in connection with the incident.

The windscreens of the Perak FC bus were also damaged yesterday.

As things went on, the police had to be deployed to the scene to ease the tension between the two footballing fans.

Perak fans were then escorted to the Kelantan police headquarters before the three tour buses ferrying the away team fans returned home.

On Twitter, a user points out that Perak fans had been involved in several fights since the 90s.

Several other netizens also claim that yesterday’s riot was instigated by Perak’s fans who started provoking the home team’s support.