Deputy Communications and Multimedia Minister Datuk Zahidi Zainul Abidin said action will be taken against those who promote LGBT elements. 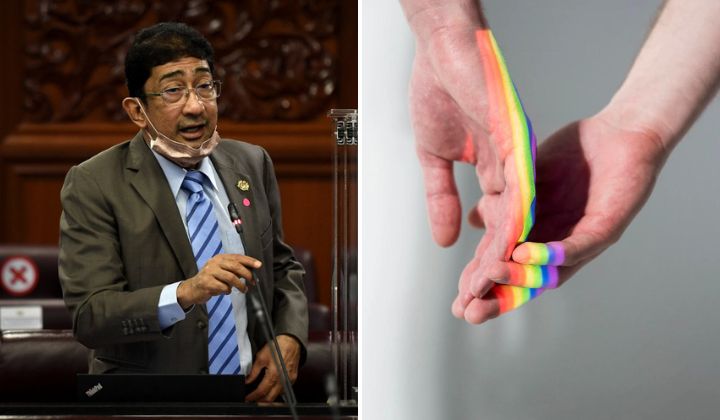 Malaysia has hit a hurdle when it comes to cinema screening for films such as Lightyear and Thor: Love and Thunder.

While no official reasons were given, many think that it was due to the LGBT character portrayals in both films.

READ MORE: “We Didn’t Ban ‘Lightyear’, It Was The Distributor” Says Censorship Board On The Movie Not Showing In Cinemas

During the parliamentary address, Zahidi added that the government will continue to work with religious institutions to curb film and social media such as TikTok from promoting LGBT ‘lifestyles.’

However, he also noted that it’s difficult to control the content on over-the-top (OTT) and online streaming platforms that are based overseas such as Netflix.

According to Malay Mail, Zahidi said OTT services like Netflix do not fall under existing laws involving licensing and censorship in the country.

He advised the public to practice self-control with streaming services and to use their own judgement.

Zahidi also said parents and guardians can use special passwords or PINs to prevent their children from viewing content that is meant for mature audiences.

He added that the government is always monitoring platforms and any individual who’s found promoting LGBT elements will face severe action.

Zahidi’s comments did not go down well with Malaysian netizens who believe there are more pressing matters to deal with such as corruption and inflation in the country.

They also find that chasing down LGBT content and social media users is a waste of taxpayers’ money.

Haven’t they got better more important things to do? He is paid an enormous salary just to chase tiktok users? Ridiculous! Waste of tax payers money .

What is K-KOMM’s action on corruption? Inflation? Death in custody? Delays in treatment at gov hospitals ? Lack of retirement savings? Of all the issues at hand — they go after a non-issue!