He was caught on video driving against the traffic along the Persisian Pantai Barat (WCE) Highway on 9 August. 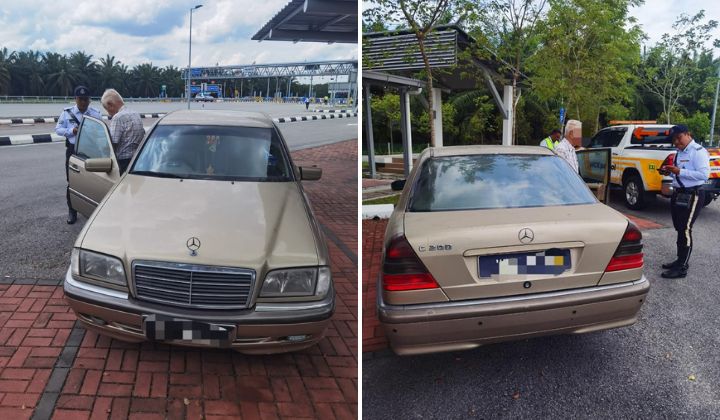 Recently, a viral video showed a driver in a Mercedes Benz driving dangerously against the traffic along Kilometre 211 of the Persisian Pantai Barat (WCE) Highway near the Sitiawan Selatan exit.

Berita Harian reported that the car was driven by an 83-year-old man who has Alzheimer’s. In the viral video, he was on the way back to his home in Kampung Bharu in Ayer Tawar.

Nor Omar said the elderly man has been fined for driving recklessly under Section 79(2) of the Road Transport Act 1987.

Should people with Alzheimer’s drive?

Alzheimer’s disease is a progressive neurologic disorder that causes the brain to shrink (atrophy) and it’s the most common cause of dementia.

People with Alzheimer’s suffer a continuous decline in thinking, behavioural and social skills, which will affect a person’s ability to function independently.

While it’s safer for people with Alzheimer’s to not drive, the National Institute of Aging (NIA) said those with mild Alzheimer’s may be able to drive safely in certain conditions.

However, they should stop getting behind the wheel as their memory and decision-making skills worsen over time.

The decline in both skills means they may not be able to react quickly on the road.

When is it time to stop driving?

The NIA lists some possible signs to look out for:

Some people suffering from Alzheimer’s will voluntarily give up driving. For others, it’s can be hard for them to lose their independence so they may be reluctant to give up driving.

A way to help them is to talk to them and offer the support they need during the transition.

More information about driving with dementia can be accessed at Alzheimer’s Disease Foundation Malaysia’s website.