Guests in Suria KLCC and Petronas Tower 3 were forced to evacuate in the evening yesterday. 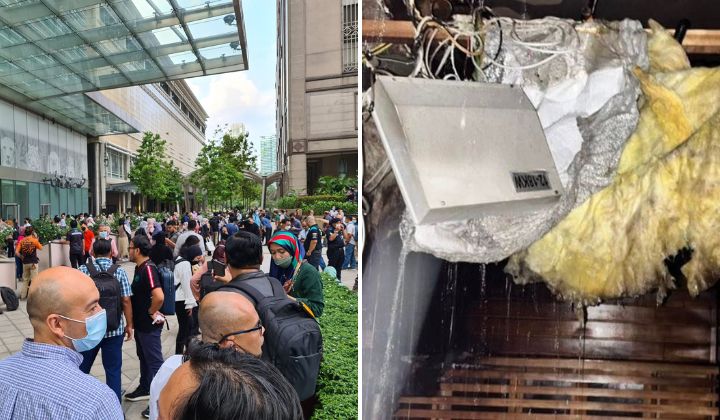 A crowd were forced to evacuate Suria KLCC and Petronas Tower 3 yesterday around 5pm due to a fire that broke out in Babel gym.

Early reports indicated that the fire broke out in a sauna on the ground floor of the shopping mall.

Affected netizens posted pictures and videos of the evacuation on social media.

Based on Suria KLCC’s official statement, a small fire broke out in Babel Gym around 5pm. Fortunately, the automated fire system triggered and kept the situation under control.

The in-house response team also responded within 10 minutes while all shoppers in the vicinity were evacuated before the firefighters arrived.

The bomba received a distress call around 5.21pm and sent 13 firefighters with two fire engines from the Jalan Tun Razak and Titiwangsa to the scene.

The Sun reported that it took the firefighters 10 minutes to put out the flames and the fire destroyed 80% of the sauna.

Thankfully, no casualties were reported in the incident and the authorities are investigating the cause of the blaze.