Sources from the Johor Pejuang say that Dr Shahruddin Md Salleh had offered to tender his resignation as a grassroots call for a more “pro-active and dynamic” leader to replace him. 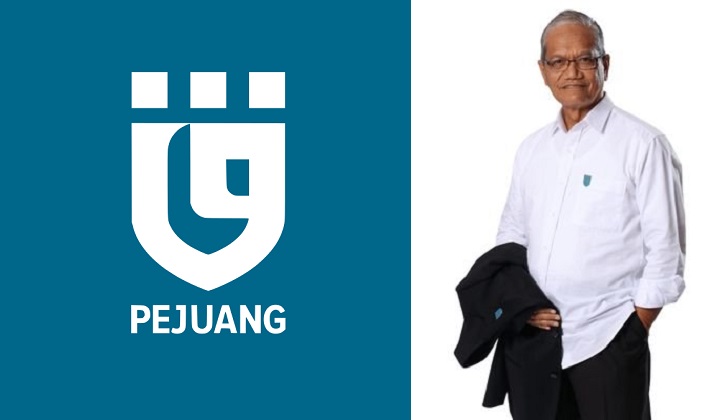 Johor Pejuang chief Datuk Shahruddin Md Salleh was believed to have notified the party central leadership of his intention to quit his post with calls for his resignation from the party’s grassroots growing louder as the general election looms.

Sources close to the Johor Pejuang leadership council said that Dr Shahruddin had offered his resignation last week, about a month after representatives from a movement dubbed the “Penggerak Akar Umbi Pejuang Johor” met with the party chairman, Tun Dr Mahathir Mohamad, with a 10-point petition suggesting why Dr Shahruddin must be replaced.

And while the crushing defeat in March’s Johor state election was not entirely his fault, Dr Shahruddin’s purported indifferent attitude and the lack of planning towards empowering Pejuang in the state were cited as among the reasons they wanted him out.

The group, the source said, was invited over by Dr Mahathir to Perdana Leadership Foundation at Putrajaya on 26 June, where the nonagenarian politician gave the chance for the group to explain the situation back in Johor.

“While the main reason will no doubt be the crushing defeat we suffered in the last state election, Datuk (Shahruddin’s) inaction following that humbling experience is equally infuriating.

“As the state leader, he should have, at the very least, identified the problems that caused us to perform so poorly in that election.

“It was evident that there was no proper strategy nor logic behind the decision to contest in 42 seats at the PRN (state election) when the party had just been formed,” the source told The Rakyat Post on condition of anonymity.

The same source, however, said that Penggerak is not trying to oust Dr Shahruddin through the back door but instead looking to let the majority decide whether he should continue to lead Johor Pejuang.

“Inside the petition that was handed to Tun (Mahathir), Penggerak requested for the Johor chapter to be allowed to hold a special general assembly to see whether he still holds the support from the grassroots members,”  he said.

The document, which was sighted by TRP, among others, stated that the grassroots members were disappointed and felt betrayed by Dr Shahruddin who was said to play a key role in arranging the meeting between Bersatu President Tan Sri Muhyiddin Yassin with Dr Mahathir.

“It is as if he didn’t remember what happened that caused us to ditch Bersatu and form Pejuang,” he laments.

TRP also spoke to another party member who also said that Dr Shahruddin had informed that he wishes to step down.

“I was aware of it but it was not yet made official and Tun had been discussing this matter with a few party leaders in the state,” said the source, who was among the earliest party member in Johor.

He also added that, in hindsight, perhaps it was Dr Shahruddin’s own men that led to his downfall, referring to a host of appointments of his own men to key positions in the Johor chapter.

“Based on the election result alone there’s no denying that his men are not capable to handle such a huge task – to prepare a newly formed party to face its election debut –  yet they remain to hold key positions in the state leadership council.”

He also said that several individuals, including those in the state leadership council secretariat together with a handful of the party’s election candidates that were trounced during the last state election, are starting to impose themselves more to the front, perhaps wishing that they can be considered to be next in line to head Johor Pejuang.

“These guys are made from the same mould. They are parts of Dr Shahruddin’s leadership line-up, so it would be better if they also bear some of the responsibility and resign as well so we can start fresh with a clean slate.

“They have brought Pejuang down to its knees but it’s funny how some of them are still trying to cling on to their position.”

No name was given when TRP asked candidates that the movement felt suitable to assume Dr Shahruddin’s position.

“We are a new party with just over 4,000 members. The sort of leader that we need at the moment is a motivated and dynamic person who can bring ideas to help strengthen the party.

“The next general election is just around the corner and we don’t want it to be the end of Pejuang,” said one of them.

There were however murmurs that perhaps Dr Shahruddin’s deputy, Nornekman Osman, who is also the son of the late Johor menteri besar Datuk Osman Sapian could step up and leads Johor Pejuang’s charge in the upcoming general election.

Another name that was bandied about is the party’s pro-tem Pulai division chief, Dr Zaini Abu Bakar, who is formerly of UMNO.

The former Nusajaya (now Kota Iskandar) assemblyman was seen as ‘Mr. Clean’ and had a sufficient experience in mainstream politics – something that would only benefit a new party like Pejuang.

During the Johor state poll last March, Dr Zaini, who is also part of the party’s leadership council, was one of the only two Pejuang candidates that has experience running in an election, with Dr Shahruddin being the other candidate.

They, however, together with 40 other candidates of the party lost their RM5,000 election deposit as none of the Pejuang picked managed to obtain at least one-eighth or 12.5% of the total votes in the constituency they contested.

Efforts to get confirmation from Dr Shahruddin were unsuccessful as our phone calls and WhatsApp messages were left unreturned.

We also reached out to Pejuang Deputy President Datuk Marzuki Yahya to verify the matter.