It will be the Federal Territories and Johor for newly elected PKR deputy president Rafizi Ramli while party vice-president Datuk Seri Aminuddin Harun was tasked to lead the party in Negeri Sembilan and Melaka. 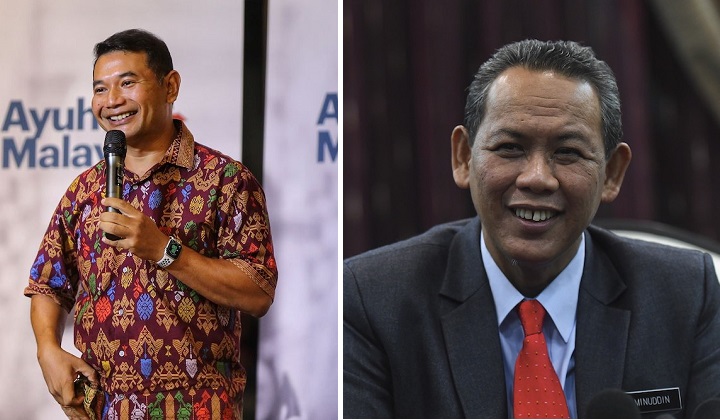 It will be double-duty for both PKR deputy-president Rafizi Ramli as well as the party’s veep Datuk Seri Aminuddin Harun who was entrusted to lead PKR in two states each.

This was announced last night by PKR President Datuk Seri Anwar Ibrahim in a statement posted on his Facebook.

Anwar said that the decision was made after he met with all the party’s branches leaders from Negeri Sembilan, Johor and Melaka last night.

“During the discussion, all the Negeri Sembilan’s branch chiefs agreed for Aminuddin to be retained as the state’s leadership council chairman,” the Port Dickson MP and Opposition leader said in the statement.

Anwar added that it was similar in Rafizi’s case as his appointment was agreed upon unanimously when it was discussed with Johor grassroots leaders.

“I hope that they will be able to carry out the responsibilities that are entrusted upon them as well as to elevate the party’s preparations leading to the upcoming 15th general election.”