The victim was suffering from depression and had been receiving psychiatric treatment. 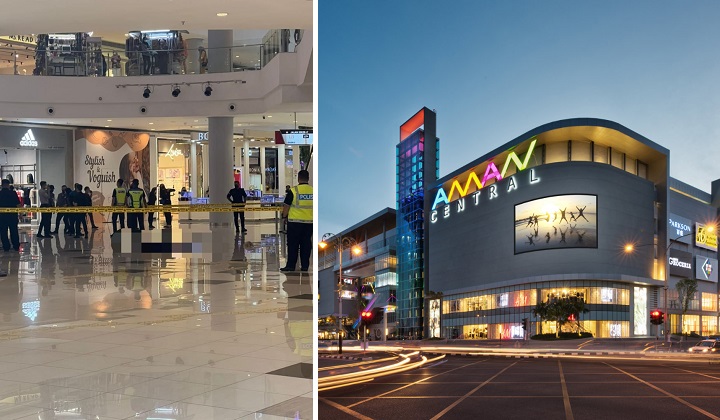 A senior citizen who was suffering from depression was believed to have climbed over a glass wall on the fourth floor of a mall in Alor Setar before jumping to his death earlier today, Utusan Malaysia reported.

According to Kota Setar OCPD Asst Comm Ahmad Shukri Mat Akhir, the incident was witnessed by one of the mall’s security personnel who was patrolling on the third floor.

Ahmad Shukri said that the victim was acting suspiciously prior to the incident and that the security personnel couldn’t reach him in time to prevent him from leaping off to his death.

He also added that preliminary investigations found that the victim had been receiving psychiatric treatment for his depression.

“He had gone to his follow-up treatment on 1 August. The victim lives nearby the mall and was frequently wandering there alone,” said Ahmad Shukri.

He added that the body of the victim has been sent to Hospital Sultanah Bahiyah for a post-mortem.

The mall’s management also issued a statement pleading with the public to refrain from sharing video recordings or images of the incident.

Similarly, a 23-year-old local woman fell to her death from the fourth floor of the Suria KLCC shopping centre on Monday night.

READ MORE: Woman Dies After Falling From The 4th Floor Of Suria KLCC

If you or a loved one is struggling with mental health issues, do not be afraid to seek professional help and guidance. You can also reach out to Befrienders via:
Phone: 03-7956 8145
E-mail: sam@befrienders.org.my
Available 24 hours every day, 7 days a week.
Calls from 8 local telcos are absolutely FREE.