The Finance Minister, who had been a UMNO member since 1993, took over the position from Datuk Seri Jamal Yunus. 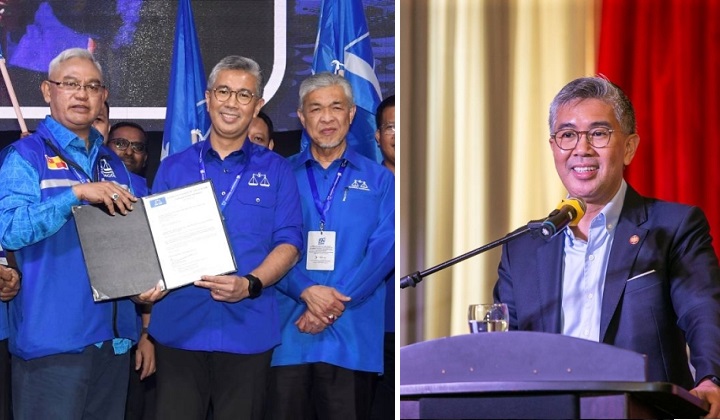 Tengku Zafrul took over the position from Datuk Seri Jamal Yunus who had recently announced that he is prepared to relinquish his post to make way for Tengku Zafrul to hold a position in the state BN’s leadership line-up.

Jamal meanwhile was appointed as the Selangor BN’s communications chief.

“I will work together with BN’s leadership and as for the strategy in winning GE15, we will wait for (Selangor BN’s chief) Noh (Omar),” Tengku Zafrul was quoted by Free Malaysia Today.

While the move adds fuel to the speculation that Zafrul intends to contest in Selangor in the upcoming general election, Zafrul’s own comment about his appointment indicates that he is definitely open to the idea.

Candidate or no candidate, what is important is ensuring that we can win in GE15 with BN.

Tengku Zafrul’s appointment was announced yesterday in an event that was also attended by a host of UMNO’s echelons including party president Datuk Seri Ahmad Zahid Hamidi and his deputy Datuk Seri Mohamad Hasan.

Tengku Zafrul assumed the ministerial post after he was appointed as a senator in 2020.

Prior to his political venture, he had accumulated over 22 years of experience in the banking sector, specialising in investment banking.

Commenting on his appointment Ahmad Zahid said that it will serve as a jumping stone in his political foray.

Ahmad Zahid also said that Tengku Zafrul had been a UMNO member since 1993, where he was registered as a member in the Jalan Travers UMNO’s branch.

While speculation had been rife that Tengku Zafrul is eyeing the Kuala Selangor Parliamentary constituency, a recent media report indicates that the experienced banker could be BN’s poster boy in Selangor in the upcoming general election.

The report said that Tengku Zafrul could be the BN’s menteri besar candidate in its bid to reclaimed the richest state in the country back from Pakatan Harapan.

BN had performed poorly in Selangor since losing the state to PH back in 2008.

READ MORE: Who Is Tengku Zafrul, The Current Finance Minister?