He said non-Muslims aren’t prohibited from consuming alcohol but the festival could trigger social issues since alcohol is consumed publicly. 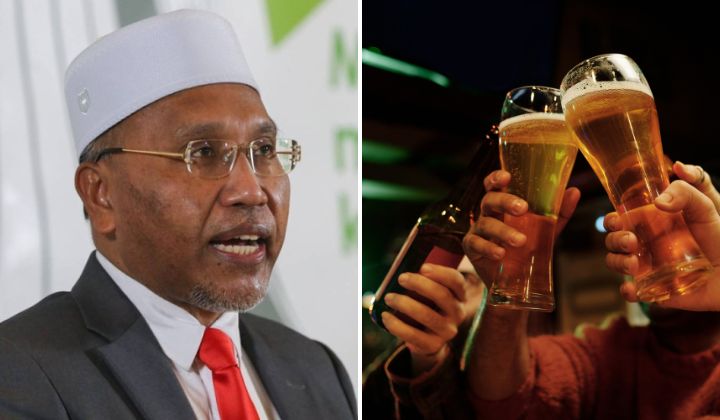 Once again, the Oktoberfest cultural festival is being debated about again.

The Star reported that the Minister in the Prime Minister’s Department (Religious Affairs), Datuk Idris Ahmad, said the festival has the potential to disrupt social harmony and safety.

He added that non-Muslims aren’t prohibited from consuming alcohol but the Oktoberfest events could trigger social problems since it’s held in a public festival setting and alcohol is consumed openly.

Due to this, he believes Oktoberfest should not be held at all.

On Oktoberfest, everyone should respect the rules and laws of Malaysia. Islam is the federal religion.

He explained that the intoxicating effects of alcohol can lead to problems such as domestic violence, traffic accidents, poverty, fights, health problems and work performance issues.

Previously, Idris advised non-Muslims not to attend the Bon Odori festival because the celebration allegedly contained influences from other religions and is against Islam based on preliminary studies and observations by the Islamic Development Department (Jakim).

Idris also said the government isn’t against the Bon Odori festival by the Japanese Embassy since it’s a cultural celebration of the Japanese people’s traditions and beliefs.

This led to Selangor Sultan Sharafuddin Idris Shah ordering the state Islamic Religious Department (Jais) not to prevent anyone from attending the festival.

The Sultan of Selangor also advised Idris to attend the festival himself and learn to tell the difference between religion and culture.

Despite the Sultan’s decree, PAS still held steadfast to prevent Muslims from attending the Japanese festival.

This then led to a conversation between the Sultan of Selangor and Selangor PAS state commissioner Datuk Ahmad Yunus Hairi.

READ MORE: “We Have No Problem With Each Other” Says PAS Selangor After Sultan Summoned State Chief Over Bon Odori Stand